Like, So Cool, You Guys! AOC Livestreams Herself Video Gaming to Raise Votes for Biden Politics tend to be invading every aspect of our lives, and thanks to the liberal news outlets’ favorite congresswoman, they are now invading video games and Twitch, a live streaming platform. 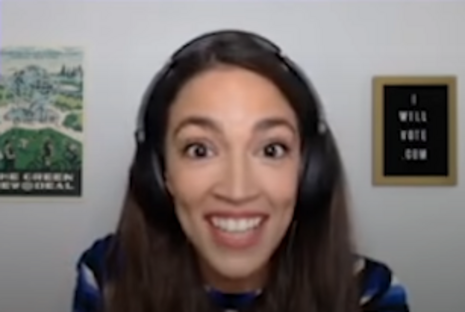 In order to raise more votes for presidential candidate Joe Biden, Alexandria Ocasio-Cortez turned to video games. On October 20, the darling of left-wing media opened her own account on Twitch and live streamed herself playing the popular video game Among Us while promoting Biden’s cause at the same time. “That’s really what tonight’s all about, and of course we are here to vote blue,” she claimed.

Ocasio-Cortez played Among Us with notable Twitch streamers such as Pokimane, HasanAbi, Myth and JackSepticEye. Rep. Ilhan Omar, who is notorious for her anti-Semitic views, was also included in the game.

Are they all serious? Video games are for entertainment, not for influencing people how to vote. Like the church, video games should be separated from the state.

During her three-hour gaming session, Ocasio-Cortez urged her audience, especially the first-time voters, to vote for Biden and other Democrat candidates by signing up at IWillVote.com.

Ocasio-Cortez’s livestream of her playing Among Us garnered 4.5 million views in total. She has more than 575,000 followers on her Twitch account (which she just set up on Monday). But will she keep streaming on Twitch and playing video games after the election is over?

Regardless of what she chooses to do, Twitch’s website says, “Twitch is where millions of people come together live every day to chat, interact, and make their own entertainment together” — not campaign for one’s party and presidential candidate. Ocasio-Cortez needs to leave the few aspects of our lives that politics hasn’t encroached on yet alone.

Having said all that, Republicans would do well to come up with similar gimmicks to engage the youth in politics (without the exploitation).