Forrest Gump actor and founder of the eponymous Gary Sinise Foundation made a heartfelt and moving tribute to the 13 U.S. troops who were killed in a suicide bombing in Afghanistan on August 26. 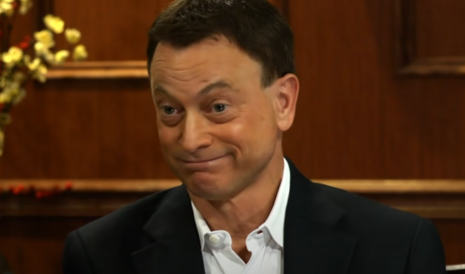 The gentleman, who played Lt. Dan in the beloved Tom Hanks movie, and whose foundation supports U.S. veterans, posted a video to Twitter immediately after hearing the tragic news that 13 of our brave American military members lost their lives while aiding American civilians and Afghan allies getting out of the country.

Sinise’s video featured the actor lowering his American flag to half mast and thanking each of the men for their ultimate sacrifice.

The tragic incident happened on August 26 outside of Hamid Karzai International Airport, the main exfil area for Americans and their Afghan allies who were leaving the country after Biden ordered all U.S. military forces out of the country.

Biden’s much maligned exit strategy left civilians, our diplomats and our Afghan allies in a mad scramble to leave the country without much military protection. As such, scenes from the airport were chaotic, and terror group ISIS took advantage of the chaos, detonating two suicide bombers amid the crowd.

That evening, the Pentagon confirmed the heartbreaking news of the 13 dead U.S. servicemen who were caught in the detonation zones. Fox News anchor Bret Bair reported:

According to DOD data— today is THE deadliest (hostile) day for US troops since an August 5, 2011 helicopter attack — making this day THE deadliest attack in more than a decade.

After lowering his American flag to half mast for the video, Sinise stepped over towards the camera and offered his tribute. “In honor of the twelve Marines, one Navy corpsman that we lost today in Afghanistan, the 15 wounded and everybody who is serving over in Afghanistan. We pray for you and your families.”

Gesturing towards the flag, the actor continued: “We pay tribute to all our fallen. We’ll never forget. Be safe. God bless all those serving in harm’s way.” Sinise paid tribute to the families of the fallen soldiers as well, saying, “God bless our gold star families.”

In honor of the lives lost today. pic.twitter.com/RGlBeSlw7z

Sinise has been a major supporter of veterans and the U.S. Armed Forces for over 40 years. His major philanthropic work has been done through his Gary Sinise Foundation, which he established in 2011, after raising money for Iraq War veterans. The foundation’s website states, “With the creation of the Gary Sinise Foundation, his crusade now supports all those who sacrifice on our behalf: active duty, veterans, first responders, and their loved ones.”

The foundation raises money for veterans through fundraisers, offers relief to Gold Star families, and even builds specially adapted homes for vets to help them live their lives more normally after debilitating injury.

We’re sure that Gary Sinise and his foundation will do all they can for the families of the recently deceased servicemen and provide relief for those who were wounded in the bombing. God bless him and God bless our U.S. soldiers.