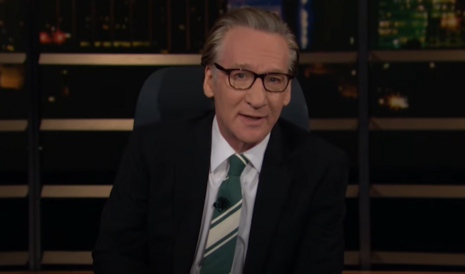 Though he has been one of the most obnoxious libs in media history, even Bill Maher is not woke enough to be down with the NFL’s inclusion of a “black national anthem” before games. The Real Time with Bill Maher host slammed the league over the weekend for including both anthems, saying that all it is is segregation by another name.

During the September 10 episode of his HBO talk show, Maher tore into the NFL for Alicia Keys’ rendition of “Lift Every Voice and Sing,” before kickoff at a Thursday night game between the Dallas Cowboys and Tampa Bay Buccaneers.

The league has begun including the song, dubbed the “black national anthem,” with the “Star Spangled-Banner” prior to games to pander to BLM sensitivities.

He then went on to call the separate anthems an “inverted” form of “segregation.” Well of course. Anyone with a modest grip on reality can see this separate anthem stuff promotes disunity.

Maher stated, “Segregation! You’ve inverted the idea. We’re going back to that under a different name.” Yeah, in the post-George Floyd era, civil rights progress means keeping blacks and whites away from each other. It’s the ultimate irony.

Maher brought up other examples of this new segregation, stating, “colleges sometimes now have — many of them have different graduation ceremonies for black and white, separate dorms — this is what I mean!”

Speaking of separate dorms, those do exist in America today. In 2019, National Review detailed some of these “neo-segregation” dorms, writing about Wesleyan University having separate living quarters for minorities like a “Women of Color House,” a “Asian/Asian-American House,” and a “South Asian House.”

But again, in 2021, this is called progress, not racism. The NFL has fallen for it. The separate black national anthem is part of the social justice virtue signaling the league committed to in the wake of George Floyd’s death.

NBC’s Mike Tirico stated during the NFL Thursday night game, “it will happen at several league events during the year — the NFL continuing the attention around social justice causes.” What a joke.

Maher knows it’s a joke too. At the end of his anti-separate anthem speech he quipped that the left has been “embarrassing” him, and that’s why he’s been so hard on it lately. It embarrasses America, and we’ll be lucky if that’s the extent of the harm it does.