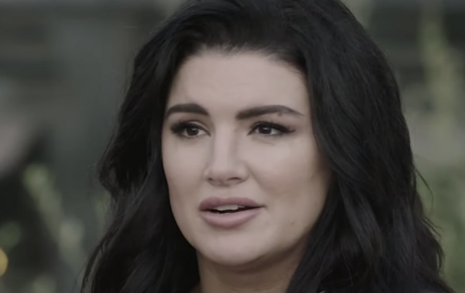 The Mandalorian actress Gina Carano is dealing with harassment from lefty Twitter trolls yet again, but no worries, she’s still knocking them back with some weapons-grade banter.

This time the actress, who plays a rebel shock trooper-turned-mercenary on the popular Disney Star Wars series, had some choice words for trans activists who bullied her for “mocking” people who put their pronouns in their Twitter bios.

Music and pop culture outlet NME reported that Carano had been asked by several Twitter users whether she would add her pronouns to her Twitter profile. One user pointed to Carano’s Mandalorian co-star Pedro Pascal putting his pronouns (“he/him”) in his bio.

For reference, lefties often put their pronouns in their social media bios so that other users can know whether they identify themselves as feminine, masculine, or non-binary, and address them as such, regardless of whether they’re biologically male or female. Some people even go by “they/them.” Putting pronouns in one’s bio is also seen as a show of solidarity for the trans community — not to mention a signal of woke virtue.

Carano tweeted that she hadn’t understood the meaning behind the pronouns included in woke people’s accounts until Pascal explained it to her. She wrote, “Yes, Pedro & I spoke & he helped me understand why people were putting them in their bios. I didn’t know before but I do now.” But to the chagrin of her activist fans, Carano explained that she wouldn’t include her pronouns in her bio, hence the subsequent “transphobe” condemnation.

“I won’t be putting them in my bio but good for all you who choose to. I stand against bullying, especially the most vulnerable & freedom to choose,” she added, and of course to zealous Twitter warriors, that means she hates trans folk.

Carano took it a step further however, by putting the words “beep/bop/boop” in her bio, a sarcastic play on the “he/him/his” or “they/theirs” pronouns in every woke bio that also functioned as an R2-D2 reference. That really set some people off, who accused her of and being “transphobic.”

A concerned fan reached out to Carano, asking why she was being dragged in headlines and on social media. The actress responded that “they’re mad cuz I won’t put pronouns in my bio to show my support for trans lives.” Carano also clarified that she supports trans people and that she put the mocking pronouns in her bio as a way to get back at activist bullies who are “abusive” representatives of the trans community for all the harassment they do online.

She wrote, “After months of harassing me in every way. I decided to put 3 VERY controversial words in my bio.. beep/bop/boop. I’m not against trans lives at all. They need to find less abusive representation.”

One user asked whether Carano’s fake pronouns could be considered “mocking,” to which she replied, “I don’t think trans people would like all of you trying to force a woman to put something in her bio through harassment & name calling EVERYDAY for MONTHS.” She also listed the names she’d been called to bolster the point that the woke community is full of bullies, including  “Racist,” “Transphobe,” “Bitch” and “Weirdo.”

She added that they also told her horrible things like, “I hope you die,” “I hope you lose your career,” “your fat,” and “you’re ugly.” Carano has since deleted her “pronouns,” but her point that trans activism is full of bullies still stands.