Online censorship of conservatives is out of control, and the Media Research Center is doing something about it. The MRC just launched #FreeSpeechAmerica, designed to push back against Big Tech’s abuse of power.

“Our position is that if they can do it to the president of the United States, they can do it to anyone, and in fact that is exactly what is happening,” said Media Research Center founder and president Brent Bozell in a virtual launch event on Sept. 17. “Every platform in Silicon Valley today is censoring conservatives.” 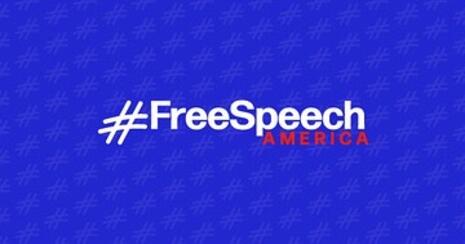 Media Research Center Vice President of Techwatch, Business and Culture Dan Gainor introduced CensorTrack, the official website for #FreeSpeechAmerica. “CensorTrack.org is the first initiative of Free Speech America,” he explained. “Even though we’re dealing with Big Tech, we’ve gone back to the basics and are working actively, proving the problem. We’ve done that by creating an archive of incidents of bias, as well as a resource for people interested in the issue or writing about it.”

CensorTrack has five sections: 1) Tech Company Bias, featuring an analysis of tech companies and the ways they’ve targeted the right, from big firms like Facebook to financial platforms and specialty sites; 2) Fact-Checker Spin, which targets some of the many ways so-called fact-checkers restrict content; 3) Censorship by Issue, which touches on the key category issues from what they do to the pro-life community, to hate speech, a catch-all phrase applied to virtually everything the left despises; 4) Key Players, which includes politicians, pundits and media figures; 5) Proposed remedies, which include President Trump’s social media executive order to Section 230 proposals.

Senator Marsha Blackburn (R-TN) also attended the launch Zoom session and used her comments to criticize Big Tech. She said that Section 230 of the Communications Decency Act (CDA) should not be used as “a shield, an opaque shield, by Big Tech. Because if that is what they’re hiding behind whenever they are censoring you. So it should be a shield for new companies, but this is more of a sword for Big Tech companies. What we are doing with Section 230 reform is clarifying who can use it, when they use it, how they are going to use it, and what it can apply to. And we’re changing language, removing that otherwise objectionable language that has caused or allowed Big Tech to say well we find this, that, or the other objectionable.”

Kelly Shackelford, the president and CEO of First Liberty Institute and a member of #FreeSpeechAmerica’s board of advisors, said: “What we are seeing in the tech world right now is the greatest danger and encroachment to freedom of expression and thought, I think, in the history of our country.” He continued, “Tech companies are now an information highway, common couriers. And they control this information, and they’re engaging in extensive censorship.”

Dr. Robert Epstein, a social sciences researcher specializing in Google, joined in the call. He has testified in the Senate and warned about Google influencing the 2020 election, and warned again, “These companies, in this year, can shift up to 15 million votes in the upcoming election.”

Bozell announced, “We’re going to be coordinating our effort with those on Capitol Hill, trying to work in a bipartisan manner to take our concerns.” He also mentioned that “We are going to be advancing the ideas of Section 230. We think it’s time for this to be addressed. These are not impartial platforms, these are publishers and they have to be taken into account.”

Equal Footing for Conservatives: Conservatives are under attack.Visit censortrack.org, where you can contact us at the Media Research Center if you have been censored, and help us hold Big Tech accountable.