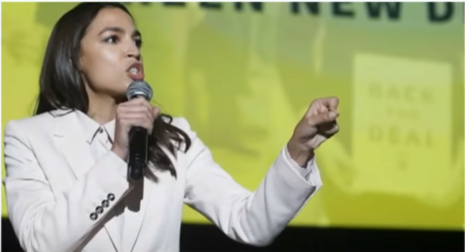 Twitter slapped warning labels on tweets questioning the results of the 2020 presidential election all day long. But if a Democrat congressman falsely accuses a conservative senator of attempted murder, the platform turns a blind eye.

A sitting congressman and senator have called to condemn Congresswoman Alexandria Ocasio-Cortez (D-NY) for falsely accusing Senator Ted Cruz (R-TX) of attempted murder. Twitter has not taken any action against the tweet or against Ocasio-Cortez.

Cruz tweeted his agreement with Ocasio-Cortez’s call for an investigation into the Robinhood app. But, as is often the case, Ocasio-Cortez went completely off the rails in her response. “I am happy to work with Republicans on this issue where there’s common ground, but you almost had me murdered 3 weeks ago so you can sit this one out. Happy to work w/ almost any other GOP that aren’t trying to get me killed. In the meantime if you want to help, you can resign,” she tweeted.

Not everyone was just going to let Ocasio-Cortez get away with her wild lie. Sen. Mike Lee (R-UT) said that Ocasio-Cortez’s accusation “is neither acceptable nor excusable. I believe that, as a conference, we should immediately and publicly call on her to retract her statement and apologize. If she refuses to do so — and perhaps even if she doesn’t — I think she should be admonished or censured by the House. This is not acceptable,” in a letter sent around the Senate and obtained by MRC TechWatch.

Congressman Chip Roy (R-TX) similarly condemned Ocasio-Cortez’s lie. “It is completely unacceptable behavior for a Member of Congress to make this kind of scurrilous charge against another member in the House or Senate for simply engaging in speech and debate regarding electors as they interpreted the Constitution.  I ask you to call on her to immediately apologize and retract her comments,” said Roy in a letter to Speaker Nancy Pelosi. “If Representative Ocasio-Cortez does not apologize immediately, we will be forced to find alternative means to condemn this regrettable statement.”

Twitter’s hypocrisy knows no end. The platform banned former President Donald Trump after he called for “peace” amid the Jan. 6 riot at the U.S. Capitol. After Trump and former First Lady Melania Trump were diagnosed with COVID-19 in October, Twitter allowed multiple tweets wishing harm or death upon the couple. The phrase “Hang Mike Pence” also trended on the platform following the suspension of Trump’s account.

Conservatives are under attack. Contact Twitter at (415) 222-9670 and demand that the platform provide clarity on “hate speech”: Today, hate speech means anything liberals don’t like. Silencing those you disagree with is dangerous. If companies can’t tell users clearly what it is, then they shouldn’t try to regulate it. If you have been censored, contact us at the Media Research Center contact form, and help us hold Big Tech accountable.