Conservative journalists who post videos of riots are the problem, not the riots. That’s the word from a professor at Harvard Kennedy’s prominent Shorenstein Center.

Joan Donovan, director of the Technology and Social Change Research Project at the center,  blamed conservatives for being the real source of America’s modern violence. Her September 3 op-ed ran in the MIT Technology Review specifically targeted “right-wing adversarial media-makers like Elijah Schaffer and Andy Ngo.” 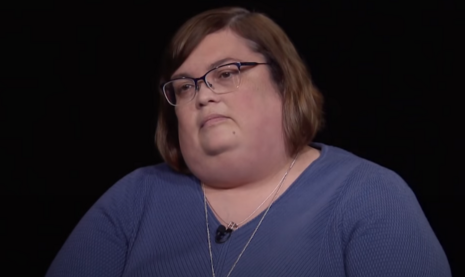 The Shorenstein Center on Media, Politics and Public Policy touts itself as being dedicated to “exploring and illuminating the intersection of press, politics and public policy in theory and practice.” Its Advisory Board appears to be a Who’s Who of liberal and Big Tech power players from Snapchat’s Peter Hamby to Washington Post writer Eugene Scott and former Washington Post writer Maralee Schwartz. Other notable members include ABC News Vice President of Public Affairs Robin Sproul, ProPublica President Richard Tofel, and Linda Wertheimer of NPR. Its Faculty and Staff are divided among clearly politicized divisions ranging from the “Technology and Social Change Project” to the “Institutional Anti-Racism and Accountability Project,” without a clear free speech or diversity of thought-related initiative in sight.

It’s no surprise that Donovan herself appears to be a strictly left-wing partisan in her appraisal of online discourse.

She called for social media companies to “work actively to prevent militias and vigilante groups from staging these armed standoffs” against rioters and specified that this “includes shutting down event pages” and “removing the accounts of those who are calling for physical violence.” She made no mention of how Facebook has allowed allegedly violent Antifa groups to remain online.

Indeed, in early September she had referred to Antifa organizations as a ”boogeyman” brought on by conservatives as a red herring:

“Prediction: Mainstream mean is about to pivot hard to describing ‘boogaloos’ as alt-right 2.0 in order to counter the antifa boogeyman.

“All of it means less airtime for the real concerns of Black Americans protesting police violence and systematic racism.”

This had been only a few days after Aaron “Jay” Danielson, “was shot in downtown Portland on Aug. 29, as supporters of President Trump and of the Black Lives Matter movement clashed in the city,” Fox News summarized. The same article noted that “On Thursday, federal law enforcement officers investigating Danielson’s death fatally shot Michael Forest Reinoehl, 48, an avowed supporter of Antifa.”

Donovan complained that “right-wing media makers have recorded and circulated videos of violent altercations at protests in cities,” which in turn has “mobilized white militia and vigilante groups to take up arms against Black Lives Matter and ‘antifa’ protesters.” Donovan added that this has established a “self-fulfilling cycle where white vigilantes feel justified in menacing and physically attacking racial justice protesters—and inspire others to do the same.”

“Because right-wing reactionaries do not have the same kind of experience in organizing street protests as the left, they instead rely heavily on social media—particularly Facebook, YouTube, and Twitter—to mobilize crowds,” Donovan theorized.

“These narratives have been intensified and supplemented by the work of right-wing adversarial media-makers like Elijah Schaffer and Andy Ngo, who collect videos of conflict at public protests and recirculate them to their online audiences.”

She made no mention of how independent journalist Andy Ngo was allegedly beaten to the point of reportedly suffering brain injury from Antifa activists, a fact even The Post acknowledged in a caption to its photo: “Unidentified Rose City Antifa members beat up Andy Ngo, an independent journalist.”