Girls wearing skimpy outfits while twerking somehow does not qualify as sexualization. 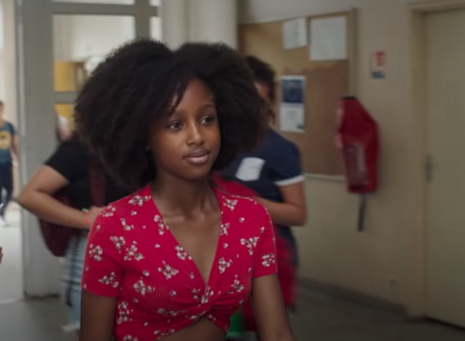 On NBC’s left-wing blog “Think,” reporter and cultural critic Sam Thielman mounted a heroic but vain defense of Cuties against the attacks of the “pedophile-obsessed American right,” claiming that the film is solely about a girl caught in a “tug-of-war” between two cultures.

There has been a lot of debate about the sexualization of mere kids in Cuties, but Thielman, on Sept. 15, refused to see it as inappropriate. While he claimed that the film was a “tug-of-war” between two cultures, he vehemently denied its potential for being pornographic, pedophiliac material.

“Doucouré’s movie is about platonic relationships between women and girls; there is no sexuality to be had anywhere in this movie, which makes the outrage over it seem all the more extraterrestrial.”

Is that so? MRC Culture Writer Elise Erhard watched and wrote about Cuties in several articles. She recalled how in the film, 11-year-old kids watched pornography, conversed about oral sex, played with condoms, attempted to seduce adult men, and posted homemade pornography online. Did Thielman watch the same film as Erhard?

Erhard further debunked Thielman’s statements about the “tug-of-war” between cultures, which he argued is the film’s main subject, in another article she wrote. Cuties director Maïmouna Doucouré saw young French girls perform a lewd dance in front of Senagalese women clothed in their traditional veils. This “culture shock,” along with questions she had concerning “evolving between two cultures,” convinced her to make Cuties.

Erhard asked the obvious question: “Are those really the only two choices she saw living in France: hypersexualized girls dancing seductively or traditional veiling?” I’ve vacationed in France five times and have seen girls and women wearing everyday clothing that included neither bikini-like outfits nor veils. There are, in fact, other options for French women.

In addition, Thielman mocked conservatives for protesting against the provocative dances in Cuties. He claimed that adult singers and stage actresses learned similar dance moves at a young age as part of their profession. This could easily be true, but these singers and actresses probably didn’t make a movie out of their rehearsals for the public’s consumption. Thielman fails to notice the difference.

Thielman said the controversy was the work of the “pedophile-obsessed American right, driven by QAnon.” Conservatives, he thinks, believe Cuties is “evidence that supports all of their most depraved fantasies about liberal elites.” Equating conservative wariness of sexualizing kids with a screwy conspiracy theory about sex-traffickers running the word is cheap and easy. But it’s not an argument, and it’s certainly never going to disabuse the QAnoners of their delusions.

Thielman apparently does not see pedophilia as a problem, when it actually is, often going hand in hand with sex trafficking. Erhard, when denouncing Cuties in one of her articles, pointed to the recent discovery of multiple sex-trafficking rings that used children in their lurid business.

Senators such as Tom Cotton (R-AR) and Ted Cruz (R-TX) have rightly denounced the film as child pornography. But Thielman prefers to think that these Republican leaders criticized the film to deflect attention away from their party’s poor handling of Covid-19. However, as Erhard pointed out in the same article, Californian Democrat politicians passed laws that allow adults to engage in sexual acts with 14-year-old kids. And Thielman thinks the Republican party messed up?

Thielman ended his illogical harangue with his old argument on the basis of Cuties, which is “to dramatize the conflict a single person feels about two cultures that both insist on commodifying her as a teen girl in ways that erase her individuality.” Cuties managed to find the option where the teen girl lost her humanity all together, and Thielman’s writing showed that NBC was all for it.