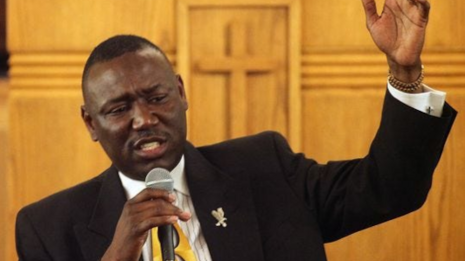 One of the most popular streaming services available these days is Netflix, which has produced a slate of original programs and provocative films, including Becoming, a documentary examining the life of former First Lady Michelle Obama.

Nadia Hallgren, the director of that movie, has been tapped to helm another liberal project to describe the life of Attorney Ben Crump, an attorney who has represented the families of several shooting victims. According to an article posted earlier this week by Breitbart writer Warner Todd Huston, Netflix has ordered a feature film on Crump regarding his past and current cases.

In addition, the attorney is a longtime supporter of Democratic presidential candidate Joe Biden, as he noted in an August 1 CNN op-ed: “This is a time for steely-eyed public servants who play no games and demand results.” The attorney has also shared the stage with such activists as Rev. Al Sharpton and Sybrina Fulton, Trayvon Martin’s mother and a candidate for commissioner in Miami-Dade County.

Also leading the production is Kenya Barris, the creator of the ABC comedy Black-ish, which tells the story of a family man who struggles to maintain his cultural identity while raising his children in an upper-middle-class neighborhood. Huston stated that the new film is the latest effort from Barris under his $100 million overall deal with Netflix. He’s also about to star in the second season of his satire series #BlackAF, in which he portrays a fictionalized version of himself.

Huston also noted that Barris was most recently in the news for having a politically charged episode of Black-ish pulled from the sitcom’s lineup. “The episode,” Huston stated, “was a virulent attack on Donald Trump and was shelved by the series’ producers as far too directly political. The episode was ultimately aired on Hulu this year.”

Barris also slammed Trump while on stage during the 2018 ACLU awards banquet in California. The TV producer accused the President of seeing people as “things.” “We need to see people as not just ideas but as actual people,” Barris stated. “It’s so tragic to me that Mister Trump — I refuse to call him ‘President Trump — sees people as things, and for future generations, we have to stop that.”