According to a new study, 71% of American academics would feel uncomfortable or unsure about sitting next to a colleague who believes men and women have relevant biological differences. 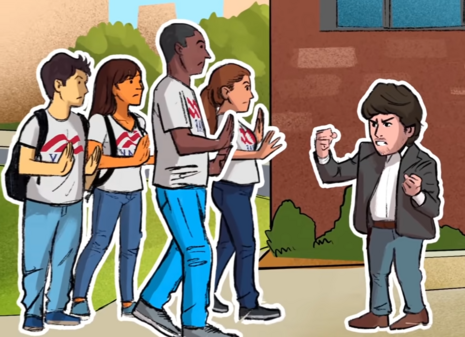 versity faculty and students in the U.S., Britain, and Canada. In his articles for Newsweek and the Wall Street Journal, he explained the staggering results of growing fears among conservatives and the evident prejudices launched by the leftist super majority.

Using eight different surveys, Kauffman questioned graduate students and university professors, primarily in the Social Sciences and Humanities departments to determine both how conservative intellectuals felt about their work environments and how leftists perceived their conservative colleagues.

New report by @epkaufm on academic freedom. Among conservative academics in the US, 70% report a hostile climate for their beliefs, 23% have been threatened with disciplinary action for speech. 40% of academics would discriminate against a Trump supporter. https://t.co/VLvUQwkJbu

Discrimination is particularly problematic in university hiring and funding allocation for scholarly research.

Would discriminate against a Trump supporter-40%
Would support firing someone for finding against diversity-43% (PhDs)
Would be uncomfortable or unsure about sitting
next to a gender critical scholar-71%
next to a Trump supporter- 57%https://t.co/VLvUQwkJbu pic.twitter.com/F3mRSbJPFM

When it comes to cancel culture, Kaufmann uncovered a small glimmer of hope.

The kicker is that about half of those surveyed remained unsure whether or not they would support the cancellation of a colleague based on his or her stance on certain policy issues. This leaves what Kaufmann calls a “permissive climate” for predominantly young activist scholars to push their agendas through the institutions they work for.

New report by @epkaufm on academic freedom. Among conservative academics in the US, 70% report a hostile climate for their beliefs, 23% have been threatened with disciplinary action for speech. 40% of academics would discriminate against a Trump supporter. https://t.co/VLvUQwkJbu

From his findings, Kaufmann concludes that it’s not so much that conservatives are any less biased than leftists but rather that, as a tiny minority group, their biases don’t matter in the grand scheme of the problem. And, this institutional network of discrimination towards conservatives is likely fortifying itself by deterring conservatives from continuing their education.

As many have suspected for a long time, the problem of political discrimination has grown exponentially worse every year. According to the National Association for Scholars, 2020 saw 66 Canadian and American scholars either disciplined or fired from their positions because of real or imagined beliefs they hold; this is a 300% increase from 2019 cancellations. So far, nine cases have arisen just two months into 2021, with remarkably sparse coverage from major news sources on both sides of the aisle. It’s refreshing to see outlets like Newsweek and WSJ giving a voice to Kauffmann’s groundbreaking study.