President Donald Trump has reportedly been banned from using at least one email service, severing his ability to communicate with his supporters.

“At least one of the services the team used, @CampaignMonitor, has suspended Trump’s access, the company confirmed,” Financial Times writer Dave Lee announced on Twitter Jan. 8. Lee commented earlier in that same tweet that Trump as a result has been silenced on email, “There hasn’t been any Trump emails for more than 48 hours. Almost unheard of — he sent 33 in the first six days of Jan; 2,500+ last year. (h/t @TrumpEmail).” 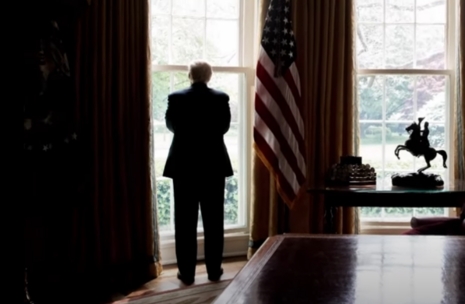 Lee tweeted a statement allegedly from Campaign Monitor itself, declaring in no uncertain terms that Trump’s presence there was terminated:

“The self-service account associated with the Donald Trump Campaign has been suspended as of today, January 7th, 2021. Typically, political campaigns use multiple email service providers to send campaign, fundraising and other emails. Based on the low volume of emails that had been sent from the Campaign Monitor account, this is likely a very small portion of total email activity from the campaign.”

If the above statement is true, it remains to be seen how many other email platforms have shut down President Trump’s communications as well.

This comes after Twitter banned Trump and several other outlets moved against the sitting president. “After close review of recent Tweets from the @realDonaldTrump account and the context around them we have permanently suspended the account due to the risk of further incitement of violence,” Twitter announced on Jan. 8.