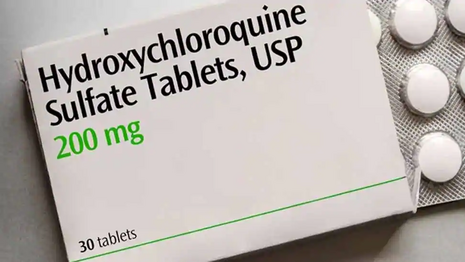 A Republican governor who lifts a ban on the use of hydroxychloroquine as treatment for COVID-19 would understandably not be big news. However what would be a major news development would be if a Democrat governor lifted such a ban. In fact the Democrat governor of Minnesota, Tim Walz, did lift such a ban recently and from the major news outlets all you heard was the sound of crickets.

Rush Limbaugh noted this development on Monday and RealClearPolitics also covered this story, “MN Governor Quietly Reverses Course on Hydroxychloroquine,” which remained below the mainstream media radar all during the convention despite the fact that Walz’s action is notably contrary to Democrat party policy.

This past week Minnesota became the second state to reject regulations that effectively ban the controversial drug hydroxychloroquine for use by COVID-19 patients. The decision, which comes two weeks after the Ohio Board of Pharmacy reversed an effective ban of its own, was rightfully praised by local health care advocates. “We are pleased that Governor [Tim] Walz lifted his March 27 Executive Order 20-23 restrictions on chloroquine and hydroxychloroquine,” said Twila Brase, president of Citizens’ Council for Health Freedom.

The reversal by Walz, a first-term Democrat, clears the way for doctors to prescribe hydroxychloroquine, a drug commonly used to treat malaria and other conditions but one the FDA has declined to recommend for COVID-19 treatment.

The decision is the latest development in the weird saga of arguably the most divisive drug in modern history. The acrimony began in March after President Trump tweeted that hydroxychloroquine had the potential to be “one of the biggest game changers in the history of medicine” as a treatment for the coronavirus.

Scott Johnson at Power Line has chronicled Governor Walz’s coronavirus response, and noted on Tuesday “Not a single question at yesterday’s press briefing addressed the subject….On a personal note, I regret to report that I have lost my sense of humor about the abysmal performance of the Minnesota media. Yesterday’s press briefing was laughable, but I’m not laughing.”

And since the Democrats are now reflexively in an Orange Man Bad mode that goes a long way towards explaining their extreme hostility towards the use of hydroxychloroquine as treatment for COVID-19.

Hydroxychloroquine might be politically controversial, but that hasn’t stopped some of its critics from taking advantage of the drug. In a May interview, former presidential hopeful Sen. Amy Klobuchar admitted her husband was successfully treated with hydroxychloroquine, a medication she had mocked on Twitter.

Again, Scott Johnson points out the timid local liberal press: “I don’t recall a single question exploring this issue while Walz’s ban was in effect.”

And who originally broke the story about Klobuchar’s admission? You might get a clue about that in a video featured in this NewsBusters story.