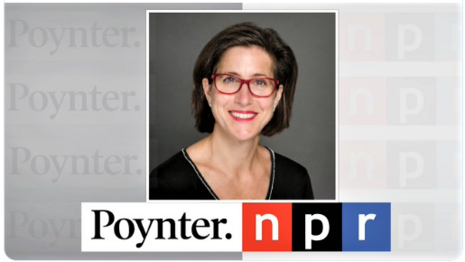 On Tuesday morning, NPR Public Editor (or ombudsman) Kelly McBride admitted the taxpayer-funded network had overreached on two recent pieces I highlighted here at NewsBusters. We asked readers to contact McBride, so hopefully that convinced her to issue a verdicts admitting errors and overreach.

In a column, I noted it was bizarre for NPR to claim Trump stated “without evidence” that Kyle Rittenhouse acted in self-defense when he fell down on a Kenosha street, and a man approached him with a handgun. McBride conceded:

While most of the time, “without evidence” is a quick attempt at flagging a false statement, when it came to the president’s assessment of the Kenosha shooting, it was at best too vague and at worst actually unsupported. That phrase was repeated during Morning Edition coverage Sept. 1, and by NPR’s Twitter account. NPR listener Sam Houff put it well: “The situation is certainly divisive, as referenced in the article. But while the evidence is likely to be interpreted differently by blue and red, it is certainly there! Take this wonderful timeline created by the New York Times.”

Houff is right. The evidence may be confusing or inconclusive, but it exists, and it’s inaccurate to say that Trump had none.

After expressing some liberal concerns about Morning Edition anchor David Greene not pushing Trump voters hard enough that they offered information that was “awkwardly false,” McBride turned to that outrageous online interview with Vicki Osterweil promoting her Marxist book In Defense of Looting. McBride didn’t question booking this author and her “provocative research.” It’s just that she deserved some (any) pushback, and it wasn’t forthcoming.

Code Switch brings the NPR audience provocative research all the time. It’s part of their mission to advance the conversation on race. Osterweil went on to say that looting is insured, that looters target businesses that aren’t rooted in the local community and that the civil rights movement only adopted non-violence to appeal to white northerners. All of those statements deserved pushback.

Code Switch editor Steven Drummond said that the article was fact-checked, but not enough.

“We have updated the intro to this interview to give readers more context,” he wrote in an email. “This notion of looting and the role it plays in the public discourse is a fair target, and we often interview authors who have controversial opinions and viewpoints. We should have challenged them more.”

NPR’s staff and audience are both presumed to be very bright. But this didn’t end up sounding very bright. How can you NOT think an author writing a book in defense of looting deserves a challenge??