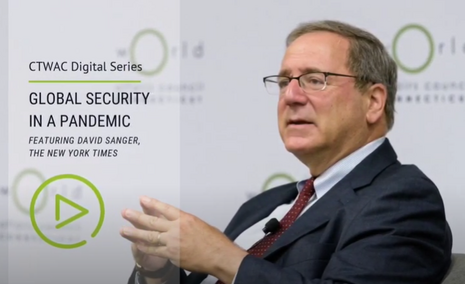 President Trump’s order to his secretary of state to declassify thousands of Hillary Clinton’s emails, along with his insistence that his attorney general issue indictments against Barack Obama and Joseph R. Biden Jr., takes his presidency into new territory — until now, occupied by leaders with names like Putin, Xi and Erdogan.

Mr. Trump has long demanded — quite publicly, often on Twitter — that his most senior cabinet members use the power of their office to pursue political enemies. But his appeals this week, as he trailed badly in the polls and was desperate to turn the national conversation away from the coronavirus, were so blatant that one had to look to authoritarian nations to make comparisons.

He took a step even Richard M. Nixon avoided in his most desperate days: openly ordering direct, immediate government action against specific opponents, timed to serve his re-election campaign.

Mr. Trump’s vision of the presidency has always leaned to exercising the absolute powers of the chief executive, a writ-large version of the family business he presided over. “I have an Article II,” he told young adults last year at a Turning Point USA summit, referring to the section of the Constitution that deals with the president’s powers, “where I have the right to do whatever I want as president, but I don’t even talk about that.”

(Times columnist Ross Douthat threw cold water on such feverish anti-Trump paranoia in his Sunday column, pointing out that the press hates Trump, the military brass dislikes him, and Silicon Valley censors him.)

Presidential historians say there is no case in modern times where the president has so plainly used his powers to take political opponents off the field — or has been so eager to replicate the behavior of strongmen.

“In America, our presidents have generally avoided strongman balcony scenes — that’s for other countries with authoritarian systems,” Michael Beschloss, the presidential historian, wrote on Twitter after Mr. Trump returned from the hospital where he received Covid-19 treatment and removed his mask, while still considered contagious, as he saluted from the White House balcony.

Long ago, White House officials learned how to avoid questions about whether the president views his powers as fundamentally more constrained than those of the authoritarians he so often casts in admiring terms, including Vladimir V. Putin of Russia, Xi Jinping of China and Recep Tayyip Erdogan of Turkey. They have something in common: Mr. Trump’s State Department has criticized all three for corrupting the justice systems in their countries to pursue political enemies.

More exaggeration from Sanger: “Authoritarian-sounding tweets” doesn’t have quite the ring as actual “authoritarian policies and actions,” does it?

Mr. Pompeo has always bristled when reporters have asked him to explain what the world should believe when it reads Mr. Trump’s most authoritarian-sounding tweets...

But his anger is often wielded as a shield, one that keeps him from publicly grappling with the underlying question: How can Washington take on other authoritarians around the world — especially China, Mr. Pompeo’s nemesis — for abusing state power when the president of the United States calls for political prosecutions and politically motivated declassifications?