Facebook fact-checkers should be “nonpartisan and transparent.” But they defended Sen. Kamala Harris (D-CA) 20 times to one over the course of 10 days.

Since former Vice President and Democratic presidential nominee Joe Biden selected Sen. Kamala Harris (D-CA) as his running mate, fact-checkers have fallen over themselves to defend her. Between August 11 and August 20, nine fact-checkers conducted 63 fact-checks involving Harris. An overwhelming 60 were in her favor and led to the online censorship of posts on Facebook and Instagram. 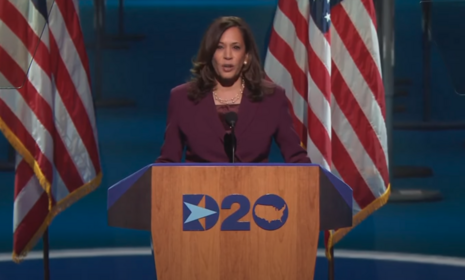 Facebook’s independent fact-checking program has 10 fact-checkers. With the exception of Check Your Fact, eight of these organizations defend the left and one is a Never Trump publication.

These fact-checkers are approved for Facebook by the International Fact-Checking Network (IFCN), run by the liberal Poynter Institute. In a post the day after Biden’s announcement, Poynter senior media writer Tom Jones wrote, “But there will be times when the media will have no choice but to address misogynistic and sexist comments, and they need to do so by putting them in context and pointing out why such attacks should not be a factor.”

One of the fact-checks conducted by USA Today targeted the conservative organization ForAmerica, an organization led by MRC founder and president Brent Bozell. A video released by ForAmerica was deemed as lacking “context” by USA Today fact-checking intern Devon Link, a student at George Washington University. The video was a flashback to when Harris referred to young people as “stupid.” 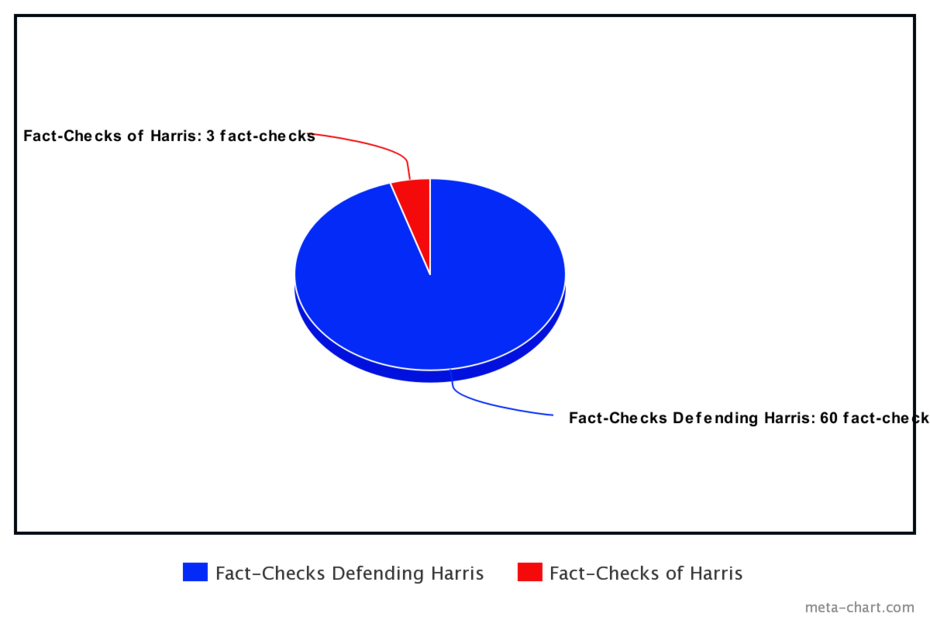 Another fact-check misrepresented a statement from President Donald Trump. Associated Press wrote that “President Donald Trump on Thursday gave credence to a false and racist conspiracy theory about Kamala Harris’ eligibility to be vice president.” But a look at a video of the press conference from NBC found that he said that he had heard a rumor, but “I have no idea if that’s right. I would have thought, I would have assumed, that the Democrats would have checked that out before she gets chosen to run for vice president.”

Aside from Science Feedback, which doesn’t dive into political fact-checking but focuses on science and climate change, the Facebook fact-checkers all seemed to focus on the same topics. According to five of the organizations, Harris did not make certain criticisms of Biden. Pieces state that she did not call Biden a “racist” or a “rapist.”

The National Review slammed USA Today’s determination that “Kamala Harris didn’t say she’d send police to take firearms via executive order.” The fact-check made it seem as if Harris wasn’t going to support gun confiscation. But the National Review pointed out that Harris had indeed said, “I’m actually prepared to take executive action to put in place rules that improve this situation” in regards to gun confiscation.

The Poynter Institute, which is funded by liberal billionaire George Soros, had previously created an “UnNews” list with the help of Southern Poverty Law Center producer Barrett Golding. Twenty-nine right-leaning outlets were declared to be “unreliable news websites.” Eventually, the list was removed and replaced with a note from Poynter editor Barbara Allen, who said, “We feel that many of the sites did have a track record of publishing unreliable information.”

Equal Footing for Conservatives: Conservatives are under attack. Contact Facebook at 1(866) 380-3888 and demand that the platform provide equal footing for conservatives: Companies need to make equal room for conservative groups as advisers to offset this bias. That same attitude should be applied to employment diversity efforts. Tech companies need to embrace viewpoint diversity. If you have been censored, contact us at the Media Research Center contact form, and help us hold Big Tech accountable.