The liberal media and their leftist cohorts do seem to like locking down the economy, despite the catastrophic damage these measures have already inflicted upon Americans. 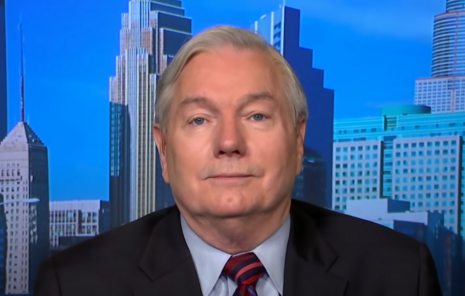 Liberal outlets pushed an insane proposal by one of former Vice President Joe Biden’s advisers to lock the economy down for four to six weeks to control the virus and allegedly help the economy. The adviser, Dr. Michael Osterholm, gave this solution to offset another disastrous economic downturn that would be caused by his proposed lockdown: Get the government to “pay for a package right now to cover all of the wages, lost wages for individual workers, for losses to small companies, to medium-sized companies or city, state, county governments.”

Who knew the solution for his proposal would be to skyrocket government spending? For context, the government has already spent at least $3.5 trillion collectively between stimulus spending and stimulus tax relief. Osterholm would later walk back his comments.

The idea was so extreme that even Yahoo! Finance Anchor Zack Guzman tweeted: “Kinda surprised to see a lockdown floated so soon after @realDonaldTrump warned voters that Democrats might return to it tbh.” It didn’t matter. Multiple liberal outlets drooled over Osterholm’s tyrannical idea anyway.

CNBC’s headline for the story reeked of propaganda: “Biden Covid advisor says U.S. lockdown of 4 to 6 weeks could control pandemic and revive economy.” Did CNBC forget that amidst the lockdowns in July, second quarter “[c]onsumer spending fell 34.6% and accounted for some 25 percentage points of ”the “worst ever” 32.9 percent annualized GDP decline? Apparently not, given CNBC’s fluffy lede paragraph summarizing Osterholm’s views:

Shutting down businesses and paying people for lost wages for four to six weeks could help keep the coronavirus pandemic in check and get the economy on track until a vaccine is approved and distributed, said Dr. Michael Osterholm, a coronavirus advisor to President-elect Joe Biden.

The only thing close to a critique of Osterholm’s proposal was a one-liner in the seventh paragraph: “A Biden transition official told NBC News that a shutdown ‘is not in line with the president-elect’s thinking.’” Otherwise, CNBC just blindly propagated tyranny like Osterholm was an Armageddon prophet.

CBS News was just as bad with its story headlined: “Biden adviser floats possible 6-week lockdown to slow spread of COVID-19.” The most absurd part of this story was buried at the bottom of the piece. CBS News tried to throw shade on Osterholm’s draconian proposal by actually saying the economy is doomed with or without a lockdown: “With or without a lockdown, the virus’s spread continues to threaten the fragile economic recovery.”

But this is typical for CBS. Back in August, CBS Face the Nation failed to grill Minneapolis Federal Reserve President Neel Kashkari for making the same ludicrous proposal on live television.

Business Insider proved to be no better in its puffed-up story headlined: “A Biden COVID-19 advisor called for a national lockdown lasting up to 6 weeks. The US had a ‘big pool of money’ to pay for any lost wages, he said.”

The story parroted Osterholm’s talking points with no criticism, and stoked fears about the coronavirus to give his case a fear-mongering boost:

A US nationwide lockdown lasting four to six weeks would help control the coronavirus and revive the US economy, Michael Osterholm, a COVID-19 advisor to President-elect Joe Biden, said Wednesday … The coronavirus has killed more than 242,000 people in the US and infected more than 10.5 million. On Sunday, the number of confirmed coronavirus cases recorded worldwide passed 50 million.