One America News’s Justine Murray blasted Facebook and “Tzar Zuckerberg” for censoring conservative free speech while allowing sexual exploiters to use and abuse Facebook and its users. 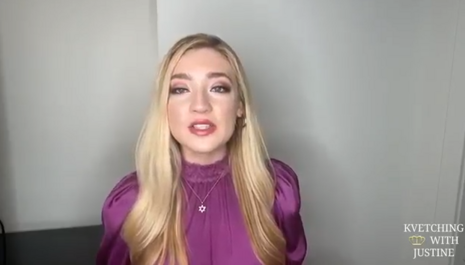 “Few things move as fast as Tzar [Facebook CEO Mark] Zuckerberg censoring a post on Facebook,” Murray said on video. “He acts with the speed of light to scrub anything that so much as touches the erratic trip-wire of his woke agenda to eliminate all things considered ‘misinformation’ or ‘hate speech.’” Murray said she received a Facebook message alleging, “[Y]ou may have been exposed to harmful extremist content recently.” The message offered “support from experts” so that she could “protect [herself] and others.” Murray explained: “Goose-stepping with his claim to hold a higher moral ground, the Tzar tells us it’s for our own protection when our pages get flagged with messages like these.”

After “echoing the U.S. State Department’s long-standing declaration that Hamas is a terrorist organization,” Murray said she “was banned for 24 hours” and disallowed from live streaming for more than “60 days.” Murray said Facebook has “allowed the misuse of my identity to escalate” so much that “my stalkers have blocked me. So I can’t even access their page to continue reporting and complaining about it.”