There is no greater or more ironic threat to free speech than liberal journalists and fact-checkers. PolitiFact Editor-in-Chief Angie Drobnic Holan’s piece for Poynter is a great example.

“We’ve entered an intense period where false words are inspiring violent deeds,” Holan exclaimed in the opening remarks of her piece condemning free speech. “Opinion: To control online misinformation, we need real-world solutions,” published Feb. 2 expressed repeated outrage over conservatives questioning the 2020 election and the Capitol riot. Holan’s righteous condemnations conspicuously ignored mentioning this past summer of left-wing terror and years of the phony leftist Russia collusion narrative. She went on to call for a solution for misinformation from “every sector of society,” particularly “from technology companies and government.”

Her prescription for this crisis of truth, in true left-wing fashion, was to purge speech. Her first suggestion was for Big Tech companies to “be more consistent in their penalties for spreading misinformation.” Being “consistent” here was not about restricting left-wing conspiracy theories. Her goal was to restrict the speech of anti-establishment “politicians and candidates” with the same penalties used on a common citizen. 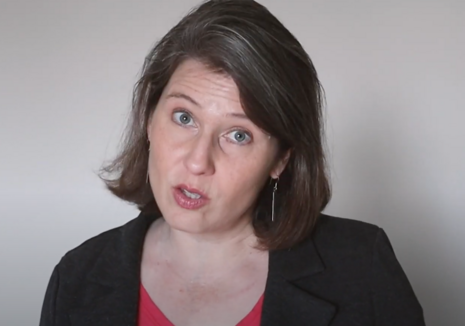 Holan’s second recommendation was “legislation or detailed regulations from a federal agency,” but not the kind that would force Big Tech to allow free speech. No. Instead, she suggested bringing back legislation like the “Fairness Doctrine.” The Heritage Foundation described this doctrine as legislation that “required broadcasters to ‘afford reasonable opportunity for the discussion of conflicting views of public importance.’” Holan’s suggestion proposed: “Why not balance the protections of Section 230(c) of the Communications Decency Act (which gives internet companies legal immunity from speech on their platforms) with a requirement that they have published, specific misinformation policies with proof of consistent enforcement?”

She further suggested that “Such rules can be created in a nonpartisan and fair way.” Holan then warned: “though if one side breaks the rules more, they’ll obviously face more penalties. We should all be OK with that.”

Conservatives know how this “if one side breaks the rules” story ends. There was not a single mention of how false narratives around police brutality incited multiple years’ worth of Black Lives Matter rioting. Even The Washington Post released a commentary admitting “Hands up, don’t shoot’ was built on a lie,” although far too little too late.

Russiagate conspiracies similarly sabotaged the ability of former President Donald Trump and his administration to function while it was bogged down with investigations. The liberal political and media establishment that pushed this democracy-undermining conspiracy has faced no severe consequences. “Penalties” for pushing conspiracies, in practice, turn out to mean cracking down on conservatives and their ability to disagree with left’s narratives.

Holan’s third solution was for America to “get serious about addressing threats of violence and menacing intimidation.” She went on to explain that “it’s not just fact-checkers who get threats; it’s anyone who challenges a conspiracy theory these days: journalists, politicians, clergy and recently, even election workers.”

Here, again, Holan has revealed her biases by overwhelmingly speaking out against the right, while not mentioning Antifa or Black Lives Matter rioters in her piece.

Facebook allowed Shut Down DC and Sunrise DC to organize on the platform to harass U.S. Senator Lindsey Graham (R-SC) at his purported home address.  Senator Josh Hawley (R-MO) tweeted in early January that “Antifa scumbags came to our place in DC and threatened my wife and newborn daughter, who can’t travel.” Antifa organizations, such as Rose City Antifa, have been called out by The Washington Post for allegedly assaulting Post Millennial Editor-at-Large Andy Ngo. Tucker Carlson claimed that Smash Racism DC had “[broken] his oak door and one person mentioned a pipe bomb, as heard on a security video,” USA Today summarized.

The Poynter Institute has gained well over a million in donations from liberal megadonors such as George Soros’s Open Society Foundations (OSF) and The Omidyar Network in the past.

The Poynter Institute even commissioned the SPLC to make a blacklist of conservative “UnNews” sources. This list was created by SPLC producer Barrett Golding and had to be scrapped entirely, with Poynter citing “weakness in the methodology.”