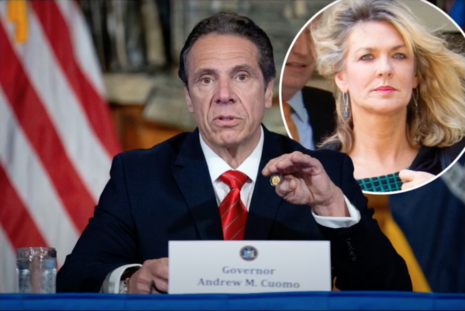 Is Facebook put off by the word “penis” or merely a book that might embarrass a liberal politician? A former aide to former New York Governor Andrew Cuomo called for free speech after Facebook reportedly banned ads for her book.

Facebook reportedly banned advertising for a book that issued damning claims against Democrat politicians. “The social media giant has banned a tell-all political book by former Cuomo and de Blasio aide Karen Hinton called ‘Penis Politics’ because of its saucy title — and despite the fact it’s about sexism in government,” Page Six reported Nov. 8. Hinton reportedly explained to the outlet exclusively that: “Today Facebook banned ads for my upcoming book ‘Penis Politics’ because the company objects to the title.” She called “on Facebook to reverse this decision and stand for free speech, not banning books.”

She also condemned the platform as a whole for its lack of nuance when censoring: “Facebook should be ashamed. My book is about toxic power relationships in schools, the media and politics. It’s not about sex.”

She also suggested that Facebook displayed prejudice against the term “penis”: “Facebook also employs a double standard which is mind-boggling in 2021. Facebook features pages and pages about the highly acclaimed play, ‘Vagina Monologues,’” she illustrated. “They embrace ‘vagina’ but appear to be scared off by a little ‘penis.’ The advertising campaign on Facebook for my book was supposed to start today.”

Page Six wrote that Hinton has seen liberal politicians at their worst: “Hinton, who worked with disgraced governor Cuomo when he was at the US Department of Housing and Urban Development, has previously publicly accused him of bullying and ‘inappropriately’ hugging her two decades ago.”

A Facebook spokesperson responded to inquiry from Free Speech America at the MRC to claim “There is nothing about the content of these ads that prevent them from running, but they do require the advertiser to complete the political ad authorization process.”

Facebook was recently exposed for internal debates between liberals and far-leftists over how much they can censor conservative content.

Facebook’s internal turmoil over political censorship was unveiled by a Wall Street Journal report. The Journal reportedly revealed one scandalous internal conversation calling for Breitbart News to be removed from the News Tab on the platform: “Get Breitbart out of News Tab,” said an employee. The conversation condemned multiple straightforward headlines from Breitbart about rioting for allegedly “[painting] Black Americans and Black-led movements in a very negative way,” with many Facebook workers reportedly agreeing.

An employee working on the Facebook Audience Network also reportedly rationalized censorship as an ethical responsibility. “My argument is that allowing Breitbart to monetize through us is, in fact, a political statement,” said the employee, according to The Journal. “It’s an acceptance of extreme, hateful and often false news used to propagate fear, racism and bigotry.”

Conservatives are under attack. Contact Facebook headquarters at 1-650-308-7300 and demand that Big Tech mirror the First Amendment while providing equal footing for conservatives. If you have been censored, contact us using CensorTrack’s contact form, and help us hold Big Tech accountable.