Quarantine for Thee, But Not for Me: VMA Performers Not Obligated To Follow NY Mandate If there ever was any evidence that liberal elites loathe normal Americans, it’s that, despite all their kvetching about masks, pleas for social distancing and demands that every American with a sniffle isolate themselves from human contact for half a month, they don’t have to quarantine themselves even when the town they’re visiting has strict quarantine guidelines. 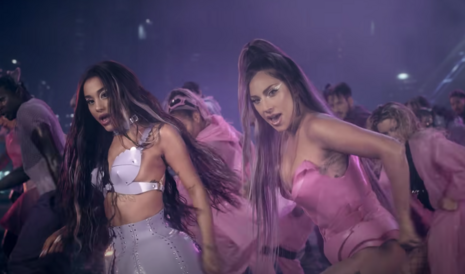 While you and I can get fined up to a massive $10,000 for not following New York coronavirus guidelines, pampered Hollywood stars like Lady Gaga and Ariana Grande will be attending the 2020 MTV Video Music Awards without legal troubles, nor will they have to endure a nagging lecture from mainstream media people. Governor Andrew Cuomo (D-NY) himself has made sure it’s all above board.

According to The New York Post, NY officials are letting city-wide quarantine mandates slide for entertainers traveling to this year’s VMAs, which will be held on August 30. Lady Gaga, Ariana Grande, Miley Cyrus and others are slated to perform at the event in front of virtual audiences. The VMAs will be hosted by former Disney Channel star and GMA personality Keke Palmer.

Besides the mandatory mask wearing and social distancing guidelines, New York state has a 14 day quarantine as well, obligating any traveler coming into New York from 34 COVID affected states, including Florida and California, to hole themselves up away from human contact. These 34 infected states included those with a 10% or higher Chinese Virus infection rate.

New York City Mayor Andrew Cuomo granted a lifting of the quarantine mandate – which he put in place via executive order – telling VMA entertainers via a spokesperson that they can participate in the production of the show, so long as “they will only interact with other members of the cast and crew and will quarantine when not working.”

Though, if the average citizen refuses to abide by any element of Cuomo’s executive order, the punishment can include “a fine up to $10,000 or up to 15 days in jail.”

Don’t worry, though, New York’s Department of Health won’t go after the VMAs so long as they are willing to endure “rigorous safety protocols including testing and screening and compliance checks by a special compliance officer.” Oh, good. At least someone in that town is allowed to make their own decisions when it comes to dealing with the virus.

“The Mayor’s Office of Media and Entertainment and Citywide Events is working in close coordination with the production to ensure guidelines are being followed,” a City Hall spokesperson claimed, adding that they will be sending cops to make sure VMA folks are undergoing proper safety procedures.

Ah, yes, under NYC Mayor Bill De Blasio, you can rest assured that the VMAs will be safe and allowed to function, as the businesses in Soho are left to be looted and public spaces in Jewish neighborhoods are not allowed to open.