“These companies have too much power,” Rep. Elise Stefanik (R-N.Y.) said Monday, calling for Congress to break the stranglehold 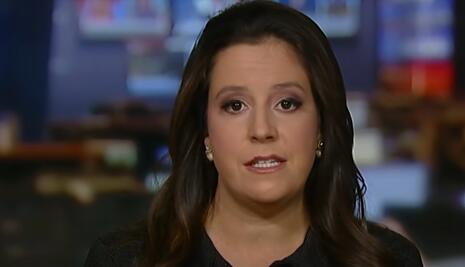 Powerful social media platforms are silencing voices across the nation, Rep. Stefanik said in an interview with Steve Bannon for “Real America’s Voice”:

“These companies have too much power. They’re able to silence individuals, silence voices across America. We need to have a serious conversation as conservatives that we appreciate the diversity of ideas, we appreciate people’s ability to share their viewpoints. And, this is a country that was founded on freedom of speech.

“To have some of the biggest companies, and most powerful companies in this country, choose to suppress voices – that is un-American. And, we need to make sure that all Americans are able to speak out.”

Stefanik tweeted out a clip of the interview, stating the following:

BIG TECH censorship is out of control.

We must stop the most powerful companies in this country from engaging in a coordinated campaign to silence free speech and stop conservatives from communicating freely online. pic.twitter.com/uOUaXY0kmH

With their power to censor content to ensure that only one viewpoint can be heard, these powerful social media platforms are taking America down “a very slippery slope,” Rep. Stefanik warned:

“We’re headed more, towards a more authoritarian direction when there’s only one acceptable viewpoint that’s allowed on these digital platforms.

“That’s concerning to me, and that ties into, I think, this important discussion, on an international level, Steve, when it comes to the importance of countering countries like China, who’s tried to suppress viewpoints.

“And I think it’s a very slippery slope.”

Editor’s Note: This piece was first published by CNSNews.com.