Even though Democrat Party supporters like to say they are supportive of racial minorities, they seem to think that political diversity among them is disappointing. 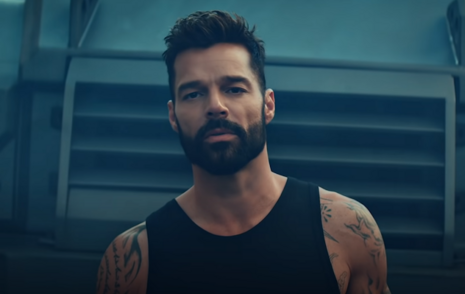 People.com reported on October 29 that “Ricky Martin is disappointed with Latinos who support President Donald Trump.”

The famous gay Latin music singer has said that “I’ve been supporting Biden forever. I think he is the only option we have and he is great. He has been in politics all his life. This is the moment. We all need to get together and be loud about the course of this nation.”

Loud? Almost every person in the entertainment industry has announced their support for Biden. Has he been living under a rock this whole time?

Like all other famous celebrities, Martin has emphasized the election’s importance as well as the “importance of change.” People who say such remarks usually want to turn America into a dissipated paradise where no one is accountable to anyone, no one offends anybody with their opinions, and right-wingers do not exist.

Apparently, Martin doesn’t think much of Latinos who are voting for Trump. “It’s really scary. It’s super sad. I think. Trumpeters make a lot of noise. And it’s scary to see their enthusiasm but us, we’re doing what’s right, the right way and we’ll see what happens in November. But I’m very optimistic.”

Wait, it’s “scary” and “sad” that Latinos are exercising their right to vote? Lefty celebrities are usually crazy about people carrying out their civic duties. It doesn’t take much to frighten this guy.

He was equally dismissive of Puerto Rican Governor Wanda Vázquez due to her support for Trump. “Who is that? Next! She doesn’t even exist. She wasn’t even elected by the people. She’s not part of this conversation.”

Like Vázquez, it’s safe to assume that Martin wishes that the Latinos who vote for Trump didn’t exist as well.

Martin’s support for Biden is not really surprising. “I am a Latino, gay, married to an Arab living in Trump’s America. We check all the boxes.”

He must think he’s entitled to a lot.

Lately, the election has been worrying Martin and his husband, and they even discussed leaving America. “We’ve had plans of if we might leave the country. No, we have to stay here and fight for our rights and for what we believe.”

But, if they do change their minds, shake their “bon-bons” and leave to live “la vida loca” somewhere else, they won’t be missed. Adios!