The Robinhood stock trading app stopped everyday Americans from profiting massively off the stock market this week. Now the Big Tech establishment has been defending the app from criticism.

Choosing to name the Robinhood app after an outlaw who stole from the rich to give to the commoners looks a bit ironic now. “Google removed at least 100,000 negative reviews of the stock trading app Robinhood from the Google Play app store after angry users sent a flood of critical reviews that caused the app’s rating to plummet on Thursday,” Gizmodo reported Jan. 29. The same article clarified the situation: “Robinhood users were understandably upset after the company halted purchases of GameStop’s stock and other stocks promoted by Reddit’s WallStreetBets community.” 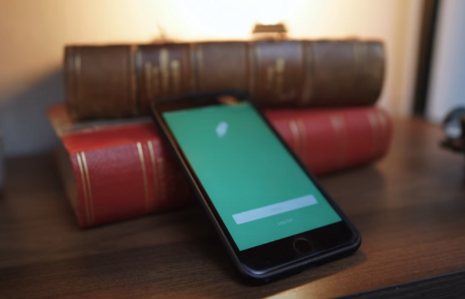 Gizmodo’s writing leaned into editorializing that would resonate with rising bipartisan distrust in America’s electoral, and now, financial institutions:

“Most Americans know in their heart of hearts that the game is rigged. But this week’s actions by activist investors on Reddit have really made the rules plain for the entire world to see. The wealthy will not tolerate average people making money while they suffer.”

A Google spokesperson reportedly confirmed to Gizmodo that the negative reviews had been deleted. The spokesperson then went on to defend the Big Tech platform’s decisions. The spokesperson explained that there are rules against “coordinated or inorganic reviews,” reported Gizmodo. The outlet further inquired how negative reviews could be construed as inauthentic when users are genuinely upset with the Robinhood app’s management. “Google stopped responding to Gizmodo’s emails after that inquiry,” Gizmodo wrote.

Behind the scenes, Robinhood’s leadership appears to be scrambling to get the situation under control. Robinhood listed an open position on job search site Daybook on Jan. 29, 2021 for a “Federal Affairs Manager.” The position was described as having a “focus on federal advocacy and government affairs related to legislative and regulatory matters.” The listing specified the ideal candidate would be a person who “can handle ambiguity.” Another desired qualification was past connections such as “Substantial experience working for a member of Congress or a Congressional committee.”

Robinhood’s official website announced the company’s move to only “allow limited buys of these securities,” promising to “monitor the situation and may make adjustments as needed.” The announcement downplayed the notion that any powerful financial institutions had influenced its decision to block purchases on select securities on Thursday: “To be clear, this was a risk-management decision, and was not made on the direction of the market makers we route to.” Robinhood has used cynical PR tactics like this announcement before. While riots burned across America’s cities, Robinhood proclaimed its solidarity with the Black Lives Matter movement and announced it would donate $500,000 to the NAACP Legal Defense Fund, adding: “Participation is power.”