“Radio host Rush Limbaugh’s Twitter account has been deactivated,” USA Today wrote,  then adding “Twitter confirmed to USA TODAY that the account wasn’t suspended but “deactivated by the owner.” Conservative talk show host Mark Levin followed suit, leaving his last tweet as a call upon his followers to abandon the platform for free speech alternatives. He explained, “I have suspended my own Twitter account in protest against Twitter’s fascism. I ask all my followers to join me now on Parler and Rumble.” 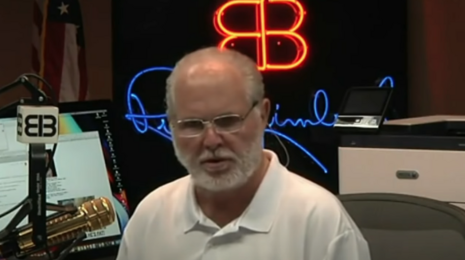 Fox News host Lou Dobbs made a similar announcement as he condemned Twitter:

“I don’t believe any American should ever tolerate those who deny us freedom of speech or who would ever be so arrogant as to censor our President.  I’m withdrawing from Twitter as of right now.   Please join me on Parler @LouDobbsTonight.  God bless you and America.”

India Today observed that Twitter has waged a scorched earth campaign against any account Trump used to reach his millions of followers:

“Hours after Twitter Inc permanently banned Donald Trump’s account citing ‘risk of further incitement of violence’ following the US Capitol violence on Wednesday, the US President vowed that he and his support base would not be silenced. Banned from Twitter, Donald Trump tweeted from the account of ‘Team Trump’ which was also suspended following his statement.”

Twitter also continued to ban conservative accounts. “Mr. Trump had more than 88 million followers on Twitter and more than 35 million on Facebook” before he was deplatformed, The Wall Street Journal illustrated.