Saving the Children Is Killing Liberty Thank God for liberals. If not for them, where would your children be? They allow 12-year-old girls, excuse me, women, to get abortions without telling their parents or guardians. They drag babies, infants, and kids to rallies supporting illegal immigration. Now liberals are using children to prohibit almost everyone from vaping.

The thing is, vaping is more dangerous than smoking, according to liberals funded by big tobacco and the anti-smoking lobby. Besides, parents cannot control their children. Mom, or mom and dad where it still exists, need Big Brother’s help. At least that is what the president down to local government would have you believe.

Still, some are fighting for freedom.

A Premarket Tobacco Product Application (PMTA) is required for any new tobacco product and must provide scientific data that “demonstrates a product is appropriate for the protection of public health,” according to the FDA’s 2016 Deeming Rule. Sept. 9 was the deadline for PMTAs.

Thousands of independent vape shops owners have argued the complexity and cost of complying with the requirement was impossible. Many expect to be put out of business. A small group rallied in Washington Sept. 6.

“The FDA right now is trying to regulate it as a tobacco product, and I think it’s very important for consumers to understand that a vaping product contains no tobacco,” said Dimitris Agrafiotis, executive director of the Tennessee Smoke Free Association at the rally.

“The system or the way that it was set up to regulate these products doesn’t even match the category of product.” 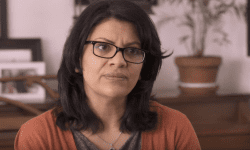 I saw this at a congressional hearing about a year ago. Self-described vapor Vicki Porter cited the 2018 United Kingdom Royal College of Physicians report claiming e-cigarettes relieves some harm from smoking. Porter she cited Public Health England and the American Cancer Society as saying e-cigarettes can be less harmful than combustibles for people who smoke. Subcommittee Chairman Raja Krishnamoorthi (D-Ill.) took the extraordinary step of calling that part of the testimony false and would not give the witness an opportunity to respond.

Not only did Krishnamoorthi attack the witness, but Rep. Rashida Tlaib (D-Mich.) asked Porter about her personal political beliefs or if she believed in conspiracy questions. The chairman allowed it – even though the questions had nothing to do with the hearing. Tlaib said she – Tlaib – thought there might be a conspiracy because Tlaib said she saw the witness wink at Porter’s congressman, who was on the committee and introduced her earlier.

Krishnamoorthi and his party cohorts claimed legal vapes were causing a deadly illness among some users. Another witness, Rear Adm. Anne Schuchat, principal deputy director for the Centers for Disease Control and Prevention (CDC) told them about 80% of those ill lung patients involved illegal THC. She was only a health expert, what did she know?

More than 2,800 illnesses and 68 deaths later CDC discovered a link between black-market THC cartridges, and a chemical compound called vitamin E Acetate that had been added to illicit THC vaping liquids. That has not stopped the purge.

Former presidential candidate Steve Forbes says vapes have had a role in teen smoking dropping from 16% to less than 6%. “The campaign against vaping is based on a mountain of misinformation and outright lies,” he says in a recent podcast. “Vaping is the safest most alternative to tobacco.”

What’s next, banning all flavored food to prevent childhood obesity? Will snacks and sodas be subject to alcohol-like taxes to save our children?