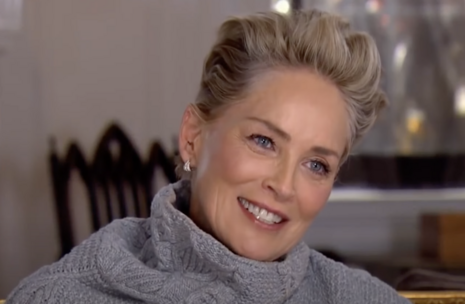 Hollywood legend Sharon Stone appears to have one Basic Instinct about “cancel culture” and it’s that the phenomenon is one of the “stupidest things” she has “ever seen.”

Man, who knew there was any sense left in Hollywood?

In an interview on SiriusXM radio show Just Jenny, the 63-year old actress and legendary 80s film beauty refused to pull her punches on the subject of “cancel culture,” which has been all anyone has been talking about lately in the political sphere.

Of course, if you’ve been living under a rock, “cancel culture” describes the social atmosphere consisting of people being harassed, discredited, forced to lose their reputations or even their livelihoods from social media mobs for politically incorrect statements or actions — often decades in their pasts.

Famous victims of cancel culture include once-adored liberals like Harry Potter creator J.K. Rowling and former Axios reporter Alexi McCammond. Both had their lives upended by “activists” hounding them for opinions which don’t match the insane progressive view of reality.

Of course, this kind of treatment for expressing one’s opinions is patently ridiculous and indicates that America is losing its reputation as a place of free expression. Stone recognized this, telling Just Jenny host, Jennifer Hutt, “I think cancel culture is the stupidest thing I have ever seen happen.”

Speaking like a wise sage, Stone explained what our society needs more of are different opinions, even offensive ones, because they provide an opportunity for growth and better understanding among people of different backgrounds. She stated “I think when people say things that they feel and mean, and it’s offensive to you, it’s a brilliant opportunity for everyone to learn and grow and understand each other.”

Yes! Exactly that. But it seems that people are so afraid of hearing things that shatter their opinions or world views that they’d rather just have those errant voices removed from the conversation. Some nefarious actors also use cancel culture to destroy other viewpoints so they can achieve political power.

The actress added that people need to be given “an opportunity to discuss things before you wipe out their entire person over a statement or a comment or a misunderstanding.” Stone accused the people who try and cancel others for unpopular opinions as being “small,” and urged them to stop. She insisted that “people have done so much more than one sentence.”

Sharon is right of course. Cancel culture’s “whack-a-mole” approach to shutting people up when they make one mistake pretty much ignores the dignity of the other person. It offers no forgiveness and no mercy. And yet it’s loudest proponents claim they’re doing it for the sake of compassion for the less fortunate. Yeah, that’s not the case.