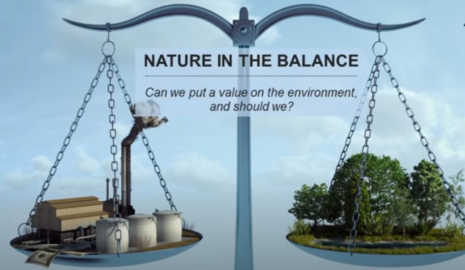 Axios Future Correspondent Brian Walsh, in a shocking takedown, upended the ideals of environmentalists that want to stall the economy to save the planet.

Axios, not known for going against the progressive liberal policy grain, published an anti-‘degrowth’ piece headlined “How stalling growth hurts the planet.” In the piece, Walsh detailed how radical environmentalists have continued their push to bring humanity back to the stone age with “degrowth” policies. He further warned that the “very real human pain of 2020 — and the political fallout it created — should be taken as a warning sign to degrowthers.”

Walsh wrote that degrowth’s impact on the economy would cause a great deal of harm and that the environmental benefits of shrinking the economy had an implied cost to the economy of more than $1,500, “‘an order of magnitude greater than the most costly of “technofixes”’ like direct capture of carbon from the air, as Ted Nordhaus of the Breakthrough Institute wrote last year.”

The shrink of the global economy in 2020 perfectly demonstrated the potential damage that could be caused by degrowth, Walsh suggested in his piece. The global poor population rose approximately by 131 million. Those classified as occupying the global middle class, “fell by 54 million in 2020 compared to the number projected before the pandemic.”

Walsh also pointed out that despite the growth of the global economy, “both rich and poor countries continue to grow while reducing many pollutants through more efficiency and cleaner energy.”

Economist Stephen Moore also warned of the left’s “degrowth” movement in 2020. In a piece headlined “Beware the Left’s ‘degrowth’ movement,’ with the Washington Examiner, he wrote, “The richer a society becomes, the more it spends on clean air, clean water, and nature preservation.” He also noted that “[t]he entire climate change movement is an assault on cheap and abundant energy.” Moore also wrote that nations experiencing degrowth face greater pollution and higher death rates than growing and developed countries like the U.S.