Many Americans have been saying for a long time that letting transgender men compete in women’s sports would be detrimental for women because a male’s physiology (generally) makes them stronger, faster, and more physically dominant than women. But now we don’t just have the common sense to support that viewpoint, we have a scientific study to prove it as well. 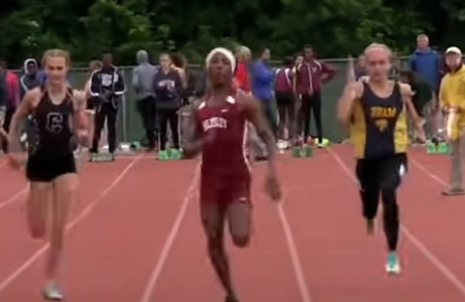 A study from the Equality group of the U.K.’s Sports Council shows that testosterone suppression does not eliminate these competitive advantages and that men who chemically alter their bodies to be more feminine would still dominate women in several key areas of athletic performance:

“(Testosterone suppression) does not negate all the physiological advantages of having developed testosterone-driven strength, stamina, and physique.”

Wait, just because a man removes a chemical from his body and identifies as the opposite gender does not take away all the factors that make him a man in the first place? Shocking!

Well, not really actually. Anyone with an average IQ and a shred of common sense would know that putting a man against a woman in an athletic competition means the man will have distinct advantages almost every time.

That is why so many people were outraged when it was discovered Laurel Hubbard – a man who transitioned to a woman – was allowed to compete in the women’s weightlifting division at the 2020 Tokyo Olympics. If men on average are stronger than women, wouldn’t this be an unfair advantage for the women who had trained for years to compete against other women (thankfully, Hubbard fizzled out in the competition before the medal round)?

But perhaps the area where men competing in women’s sports is the most detrimental is in high school sports. Chelsea Mitchell, a high-school track athlete in Connecticut, wrote in detail about how having to regularly compete against males not only meant that she no longer would regularly win races (she was the fastest runner in her division before having to compete against males), but that her confidence in her abilities was slowly eroding with each loss.

“Besides the psychological toll of experiencing unfair losses over and over, the CIAC’s (Connecticut Interscholastic Athletic Conference) policy has more tangible harms for women. It robs girls of the chance to race in front of college scouts who show up for elite metes, and to compete for the scholarships and opportunities that come with college recruitment.”

While the media and social justice advocates will say that this provides more opportunities for trans athletes, there are no positives in allowing men to compete in women’s sports.

American Principles Project President Terry Schilling told the Daily Caller Foundation perhaps gave the best summary of what the results of the study show about this issue:

“… men and women are equal, but very different, and … men have natural physical advantages over women.”