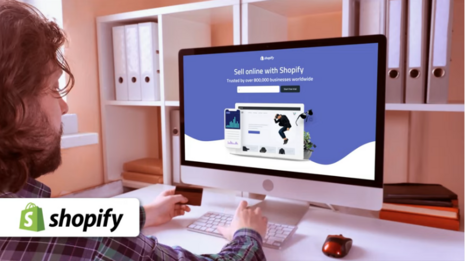 One of the world’s largest e-commerce service providers removed online stores operated by The Trump Organization and Trump Campaign following the siege of the U.S. Capitol building by pro-Trump protesters.

“Based on recent events, we have determined that the actions by President Donald J. Trump violate our Acceptable Use Policy,” a Shopify spokesperson said in an email to Gizmodo. The policy prohibits retailers using Shopify’s service from promoting or supporting violence. “As a result, we have terminated stores affiliated with President Trump,” the spokesperson said.

Critics of Trump argued he used inflammatory rhetoric that provoked his supporters to break into the U.S. Capitol. Facebook, Instagram and Twitter all blocked Trump’s ability to use their services after he released a video urging his supporters to “go home in peace.”

The online stores, Shop.DonaldJTrump.com and TrumpStore.com, were the official shops of the Trump campaign and Trump Organization.

In addition to Shopify’s actions, payment processor PayPal has refused its services to people it deems “promote hate, violence or other forms of intolerance,” for attending the pro-Trump protest, according to CNET. PayPal said an account raising funds for travel related expenses incurred by Trump supporters who went to the protest violated its rules.

The account requesting funds has other payment processors listed, like Zelle and Venmo. CNET journalists have begun pressuring them to refuse their services to the account, as well.

Conservatives are under attack. Contact SHOPIFY and demand that the platform provide equal footing for conservatives: Companies need to make equal room for conservative groups as advisers to offset this bias. That same attitude should be applied to employment diversity efforts. Tech companies need to embrace viewpoint diversity. If you have been censored, contact us at the Media Research Center contact form, and help us hold Big Tech accountable.