Liberal journalists are terrified that conservatives are going to copy the left’s success using video games as political tools.

The Biden-Harris campaign has been using the popular vide game Animal Crossing: New Horizons to spread campaign awareness, following the lead of other politicians like Rep. Alexandria Ocasio-Cortez (D-N.Y.) earlier this year. “But just as WHO or the Biden-Harris campaign can use these virtual spaces to spread their messages, players or other entities could spread harmful disinformation too,” Slate warned in a September 7 piece. The article went on to demand that “Games need to consider the impact of these issues and take precautions.” 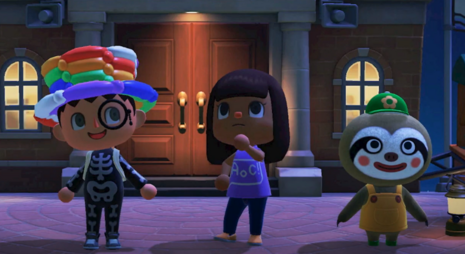 By “disinformation,” of course it meant conservative information. Slate blamed social media such as Facebook for “furthering disinformation-fueled genocide and influencing the outcome of a presidential election.” It went on to suggest:

“The game industry can protect the unique, important, and powerful communities in Animal Crossing—and across all online multiplayer games—and the promise of the democratizing impact of these spaces by learning from other platforms’ mistakes. The harms of digital social spaces that are so apparent in 2020 must not be the ones the game industry looks back on mournfully in 2030.”

Big Tech’s so-called fight against the infodemic of misinformation amidst the COVID-19 pandemic has been nothing short of a political smear job in recent months.

Facebook, like other Big Tech companies, has set up organizations like the World Health Organization to be the gold standard of truth about the COVID-19 virus and its prevention. This choice has proven to be extremely problematic since the pandemic began. As late as January 14, WHO claimed in a tweet:

“Preliminary investigations conducted by the Chinese authorities have found no clear evidence of human-to-human transmission of the novel #coronavirus (2019-nCoV) identified in #Wuhan, #China.”

The Slate article went on to observe that “Most of the policies that game companies publish are reminiscent of the early policies of social media platforms from the mid-2000s.” It quoted Animal Crossing: New Horizons publisher, Nintendo, and its current policy forbidding in part:

“Misrepresenting, impersonating, abusing, stalking, threatening, or harassing any person or company, such as other users, Nintendo, or Nintendo employees, representatives, moderators, or contractors; engaging in or promoting any discriminatory, defamatory, hateful, obscene, physically dangerous, or otherwise illegal, fraudulent or objectionable conduct in connection with the Service.”

Slate suggested that “Facebook’s policies in 2006 were not dissimilar” and that such policies would inevitably lead to a slippery slope into censorship:

“Game companies should be asking their employees: What forms can political disinformation take in our game’s specific online environment? What features can we introduce to discourage it? What measures will we take if it occurs? A good resource for the game industry to start this conversation would be the Brennan Center’s recently released report on digital disinformation and voter suppression, which includes recommendations for internet companies. (Publishers of online multiplayer games, we’re looking at you.)”

The Brennan Center, which is funded by liberal mega donor George Soros, unabashedly pushes left-wing policies. Thomas Wolf, the senior counsel with Brennan’s Democracy Program for example has specifically condemned policies from the Trump administration that would lead to the “exclusion” of “undocumented” immigrants.