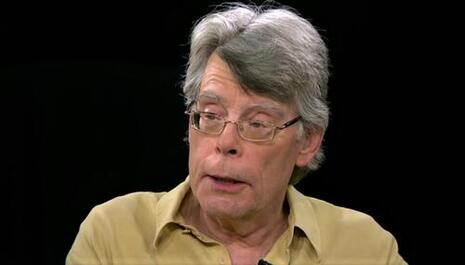 Not only does Stephen King despise Trump, he despises the people who vote for him.

The author who’s notorious for his grim horror novels tweeted yesterday, “Trump supporters, explain to your children why you are supporting an adulterer, draft dodger, liar, and tax cheat. Bonus point if you avoid telling them the lie that it’s ‘fake news.’”

Spectacularly written. Expected nothing less from such a famous writer.

Is he serious?  Presumably, King voted for Bill Clinton and his enabling (and dishonest) wife.

King even tweeted on September 20, “Don’t forget to tip your waitress. And vote blue.” So in King’s world, the reds are confined to the strictest of rules, while the blues can get away with any sexual deviancy.

In addition, King regularly belittles the intelligence of Trump’s followers. He tweeted on September 23 that “Trump supporters don’t wear masks because it’s their way of saying ‘I’m with stupid.’”

Award winning material right there. Tweet a legitimate study to show that masks are effective? No. Use an ad hominem attack after being provoked? Not much better, especially since it opens King to retaliation.

And that’s not all. On September 18, King tweeted that “The TRUMPER-sticker I favor is I’M WITH STUPID.”

Two similar insults in less than a week. Come on, King! You’re a skilled, prolific writer. We expected something articulate and creative, not senseless and unoriginal.

No doubt King’s next horror novel will be about a person who gets persecuted by a deranged psychopath supportive of a tyrannical president. Maybe it will be called “The Shining 2: Here’s Donnie!” Stephen King’s tweets have not only displayed his double standard and contempt for Trump supporters, they also illustrate that his talent in the literary world does not extend to Twitter.