The President of The United States being given a chance to speak before the American people is a crime that cries out for vengeance in the eyes of Hollywood. 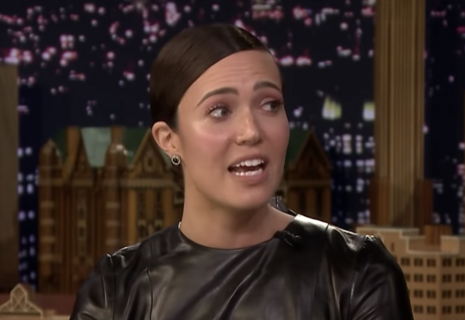 At the announcement that NBC would be hosting a prime time town hall event with President Trump that would take place at the exact same date and time as one on ABC featuring Joe Biden, 105 Hollywood directors, actors and showrunners had a collective freakout and signed an open letter to the heads of NBC, begging them to move Trump’s time slot. The letter accused NBC of “enabling the President’s bad behavior while undercutting the Presidential Debate Commission and doing a disservice to the American public.”

Again, 105 entertainment industry players signed this open letter. Among the names were some very famous and powerful people, who like big tech companies Facebook and Twitter, need revelations of the current president and his opponents pushed out of the spotlight.

Many of these names are or have been employees for NBC as well, like Abrams, Moore, Meloni, MacFarlane, Messing, Cryer and Ventimiglia, among others.

The open letter was addressed to “Comcast CEO Brian Roberts, NBCUniversal CEO Jeff Shell and NBCU News Group chairman Cesar Conde,” with the main complaint being that it is “counterprogramming” to Dem presidential candidate Joe Biden’s own ABC town hall that airs at 8 PM eastern time on October 15 – the same time as Trump’s slot. These celebs even accused NBC of disrupting and harming our “democracy” through this town hall, adding, “We believe this kind of indifference to the norms and rules of our democracy are what have brought our country to this perilous state.”

That’s rich. These folks seem quite afraid of a Trump/Biden head-to-head match up in any form. It’s killing “democracy” they say. No, it’s just not a cake walk for the Democrat party if Trump is on an even-playing field with their candidate.

These 105 showbiz buffoons explained, “We are simply asking that NBC air the President’s town hall either before or after Vice President Biden’s so that American voters can have the opportunity to watch both.” Oh yeah, we know Hollywood wants all Americans – especially conservatives – to be treated fairly. Suuuuuuuuuuurrre.