Former NFL tight end Ben Watson and his wife Kirsten have released a pro-life documentary built on trying to generate a conversation between pro-life and pro-choice perspectives. 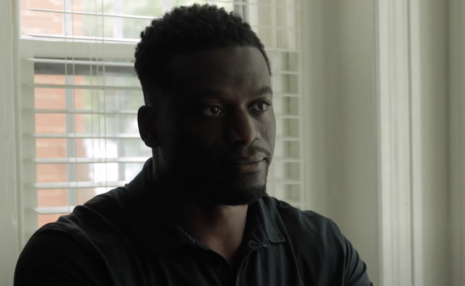 Titled Divided Hearts of America, Watson’s film aims to promote a culture of life by healing the tense right and left division over abortion. The former NFL player’s approach to making his film involved encouraging empathy between two factions on either side of the hot button issue.

With American political life about to reach dizzying heights over a new, potentially-pro life SCOTUS pick in the coming weeks, perhaps a less politically-charged, more sober look at the issue of abortion might yield results in getting Americans to understand how actual unborn children’s lives are stake in this fight.

According to the film’s description on Watson’s website, Divided Hearts “is structured around a series of more than 30 interviews with Americans holding opinions from all over the political and social spectrum.” His film features interviews with conservative and pro-life leaders such as Martin Luther King Jr.’s niece, Alveda King, Department of Housing and Urban Development Secretary Ben Carson, and Senator Tim Scott (R-SC.)

Of course Watson, the former New England Patriots tight end (who helped his team claim a Super Bowl victory over the Philadelphia Eagles in 2004) and father to seven children, is promoting the pro-life perspective with the new film, but he also wants the movie to encourage empathy between both the pro-life and pro-choice perspective.

He expressed his feeling that this conciliatory approach may help some folks embrace that unborn lives have worth just as much as any other person, or at least come to understand the motivations behind the other side of the argument.

He stated that his goal is for the film was “to unveil the truth about abortion, the laws, the history and where our country is headed. I believe in the sanctity of life, be it in the womb or on your deathbed. That’s my conviction.” However, he added, “But with the film, I’ll engage those who disagree and hear their reasoning.”

“The No. 1 thing I’m looking for is empathy on both sides,” Watson stated.

In an interview with The Federalist, Watson elaborated on that point, claiming that he doesn’t “see this as a film that is for one tribe, Abortion has affected people in different ways, and we need to see the humanity of all sides involved.”

If you’d like to check out Watson’ film, Divided Hearts of America is currently streaming on SalemNow.com.