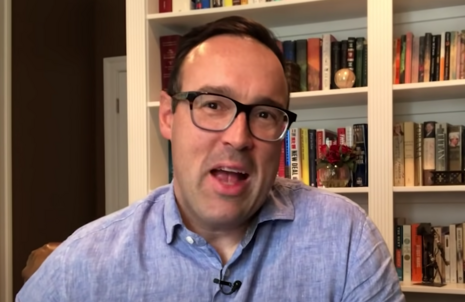 CNN doesn’t want people to think they are better off than four years ago.

In an analysis piece headlined, “That Gallup poll doesn’t say what Donald Trump thinks it does,” Cillizza didn’t even argue with the results of the Gallup Poll. In fact, to Trump’s tweet of the Gallup results, which he exclaimed were “Highest number on record,” Cillizza conceded: “Which, on its face, is true!”

So what’s Cillizza’s issue? According to Cillizza, “It is an incredibly damning indictment of Trump personally that, in a country where a majority of the people believe they are better off than they were four years ago, the incumbent President is currently losing badly in his bid for a second term.” So, Americans being better off under Trump’s policies doesn’t matter because Cillizza assumes Trump is “losing badly”? That isn’t even what the Gallup poll alleges.

Cillizza even said, albeit devoid of any evidence, that “What the Gallup numbers suggest is that even though people feel better off than they were at this time in 2016 — a somewhat remarkable finding given the ongoing coronavirus pandemic — they don’t ascribe that better feeling to Trump and his policies.” [Emphasis added.]

The Gallup results don’t even insinuate that the voters “don’t ascribe that better feeling to Trump and his policies.” Cillizza appears to have just pulled that assumption out of a hat. Who exactly does Cillizza think was overseeing the U.S. economy the past four years? In December 2019, before the pandemic and state shutdowns, CNBC had reported that Goldman Sachs said the Trump economy was “nearly recession-proof.”

Cillizza then pivoted away from that Gallup poll result altogether in order to undercut the other narrative that the voters could be crediting Trump for their “better feeling.” Cillizza wrote: “even if they do give Trump credit for feeling ‘better off’ — usually a measure of economic stability, optimism and well-being — there are other things they prioritize when it comes to choosing the next president.” [Emphasis added.]

In order to throw more shade on the Gallup polling, Cillizza tried to make an “Important note” displayed in parentheses: “(Important note: The Gallup poll was conducted before the first presidential debate — and Trump’s erratic performance. It was also in the field prior to Trump’s diagnosis last week with Covid-19.)”

Cillizza wanted readers to instead focus on things like job approval: “His job approval for the month of September in Gallup polling is 44%. (That compares to 49% for Barack Obama in September 2012, 53% for George w. Bush in September 2004 and 60% for Bill Clinton in September 1996.)” None of this negated Trump’s tweet, nor does it legitimize Cillizza’s headline: “That Gallup Poll doesn’t say what Donald Trump thinks it does.” But, according to Cillizza, “A majority of voters are satisfied with where they are and, according to all swing state and national polling, want to replace Trump with former Vice President Joe Biden.”

There’s no way to prove Cillizza’s theory until after the election, and Cillizza should know this as a “politics reporter.”  But like his employer, Cillizza seems intent on giving Biden free PR, regardless of how ridiculous it comes across.

Cillizza just cut “through the political spin” on the Gallup results to spin them himself.

Conservatives are under attack. Contact CNN at 404-827-1700 and demand they stop spinning news to favor Biden.