“He Who Shall NOT Be Named…” 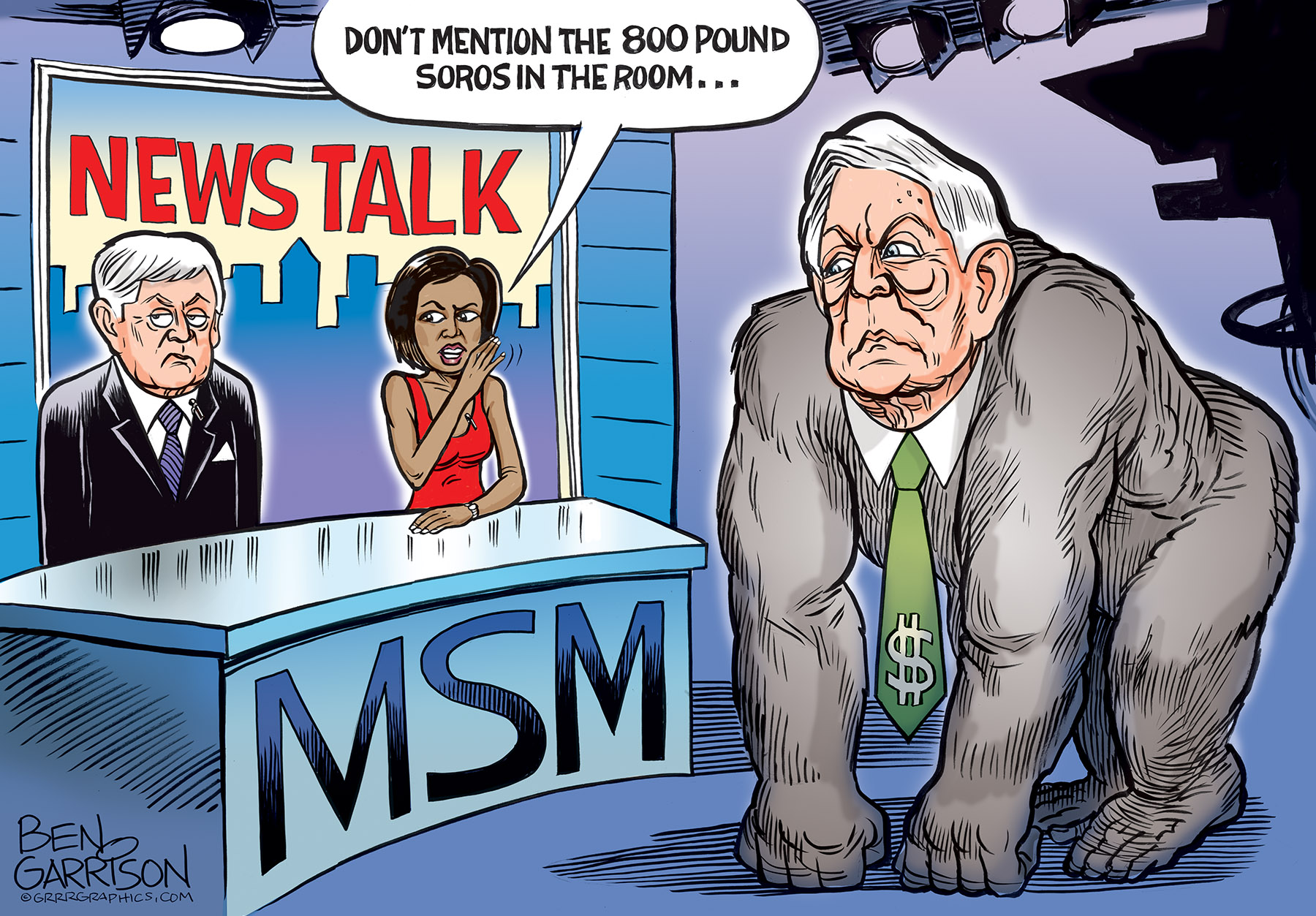 Protect George Soros! Never criticize him! That’s what the so-called Main Stream Media (MSM) are telling us. It’s now no longer permissible to criticize the billionaire. Even Fox News wouldn’t allow it—they quickly shut up Newt Gingrich, who wanted to tell us how Soros was funding the campaigns of grass roots politicians who, once elected, carry out Soros’ anti-America agenda.

The socialists have already captured public education at all levels. Now they’ve completed their domination of all the major media arms including Silicon Valley social media. Soros has helped fund progressive organizations such as ‘Free Press,’ and ‘Media Matters’ to help twist minds toward his globalist, socialist agenda. These organizations openly strive for Marxism and ‘social justice.’

Our media have now become politicized. They are actively campaigning for Joe Biden. They excuse his dementia at every turn. Trump is constantly demonized no matter what he says or does. Increasingly, the elites at the top of the pyramid are given a pass by the media. Bill Gates, for example. Several of my cartoons critical of the Microsoft billionaire have been banned from Facebook and elsewhere. Why? Because Gates has purchased ‘science’ and anyone critical of Gates is thought to be spreading ‘fake news.’ In actuality, Gates is fake. He’s neither a scientist nor a doctor. He’s not a vaccine expert, but he’s got a gigantic wallet and therefore he gets to censor our free speech. Google will not allow some of my cartoons to pass through their gmail system—free speech among their users be damned.

Gates and Soros are public figures who spend countless millions of dollars funding their activism. As such, they are not immune from criticism, but the elite-owned fake journalists provide them with such immunity. Real journalists are shut up and/or locked up.

Soros is actively funding the destruction of America. He wants our country chained to the will of tyrants who run the world. Soros once said he wanted to be God. The media are making it a sacrilege to criticize him.