The second night of the Republican Convention proved to be another night of uplifting and inspiring stories and speeches this time dome by the forgotten men and women Trump has devoted his administration to. There were stories by farmers, fishermen, small business owners, and just middle American citizens whose lives and jobs were on the brink under Obama and Biden and their strangling regulations until Trump came along and undid those regulations so they could succeed once again.

Vice President Mike Pence had a segment where he visited with parents of children who were seriously ill with physical and mental illnesses and were now cured tanks to Trump’s Right To Try program.

Donald’s other grown son Eric spoke and told his father to keep fighting for what is right. Calling Biden a “career politician who has never signed the front of a check,” Eric Trump said the Democratic nominee “has pledged to defund the police and take away our cherished Second Amendment.” Biden has said he has no such intentions after aligning himself with leftists like AOC, Bernie Sanders, and his VP choice Kamala Harris who want to do just that..

“The Democrats want to defund, destroy, and disrespect our law enforcement,” Eric said. “The Democrats want an America where your thoughts and opinions are censored when they do not align with their own. “This is the fight that we are in right now. And it is a fight that only my father can win.” 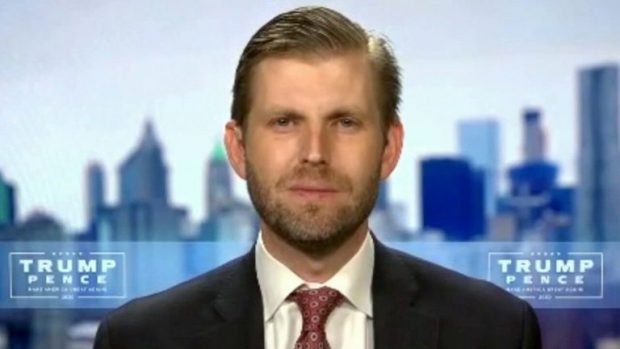 There were two main inspiring highlights to tonite’s convention. One was Trump welcoming five people from five different countries in a swearing in ceremony in the white house These were immigrants who came here legally who worked hard and earned their citizenship and had successful, professions and families. This ceremony was very impressive as these were people whose dream it was to come here legally and become successful. They truly earned it.

The second and best highlight was an awe-inspiring live speech by Melania Trump in the now renovated and newly refurbished Rose Garden. Speaking before a live audience for a little over a half-hour. 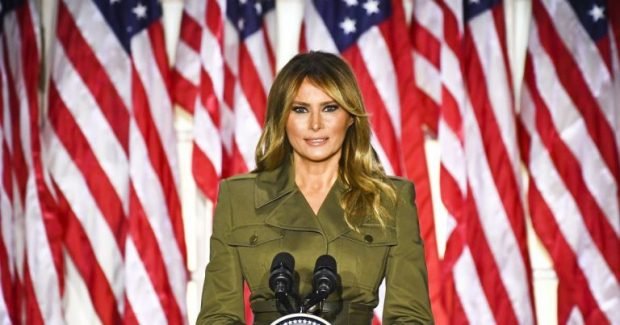 Melania told of her being an immigrant growing up in Slovenia and wanting to come here and work in the fashion industry. She told of meeting Donald and all the things she learned and saw through her travels abroad with Donald as the first lady. She told of how she saw injustices and slavery in other countries and how grateful we all should be living in a country like America. She told the media to stop reporting on the riots and looting and concentrate on drug addiction because addiction knows no color race or religion and contributes to loneliness, depression and suicides. She also urged the media to stop the division in the reporting and she herself was not going to mention the other side as that just created divisions he said. Melania also urged parents to watch their children closely with social media as that is highly influential.

Melania mentioned the pandemic and all the families that were affected by it. She acknowledged the pain of lives lost and families upended by the pandemic.“I want you to know you’re not alone,” she said to the tens of thousands of families that have been affected. More than 177,000 Americans have been killed by COVID-19, the disease caused by the virus.

She promised that help was on its way from a determined President Donald Trump.“My husband’s administration will not stop fighting until there is an effective treatment or vaccine available to everyone,” she said, speaking to an audience that included the president, vice president and his wife, and her parents,“Donald will not rest until he has done all he can to take care of everyone impacted by this terrible pandemic,” she said.

Melania closed her speech saying Donald will never stop fighting for you and the more they attack him the harder he works. Donald looked up at her starry-eyed and smiling proudly as she spoke.

Although she was reading from a teleprompter It was truly a speech that put Biden’s speech to shame that the media all gloated over and they should all be gloating over this one as it touched on so many important and meaningful topics today, but I’m sure the hateful media will pick it apart. Whereas Biden’s acceptance speech was the shortest acceptance speech in History, Melania’s speech was powerful and inspiring and an inspiration for everyone.