Rose McGowan has been through enough with rich Hollywood Democrats and seen enough #MeToo hypocrisy from the left to become completely fed up with their empty promises. After this year’s abysmal Democratic National Convention, the Charmed actress blasted the political party as being completely full of it. 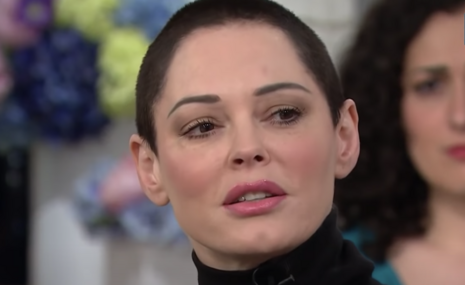 In her words, they’ve done “NOTHING” to solve anything, especially when it comes to helping the poor, stopping police brutality, and helping build up “black and brown” communities. Well that’s embarrassing. That’s their entire platform.

McGowan, a #MeToo activist who claimed to have been sexually assaulted by Hollywood producer and Democrat party donor Harvey Weinstein, threw her former party completely under the bus on August 20. In a brutal tweet she asked, “What have the Democrats done to solve ANYTHING?”

The actress expanded her question, asking if Dems ever “Help the poor? No. Help black & brown people? No. Stop police brutality? No. Help single mothers? No. Help children? No.” Ouch. Though you take one look at the crumbling infrastructure in Democrat-run cities like Baltimore and start to wonder whether she has a point.

And, just in case they missed it: “You have achieved nothing. NOTHING. Why did people vote Trump? Because of you motherfuckers.” Ouch.

Her anger is understandable, of course. She’s been watching many of her Hollywood friends endorse Joe “Sniffy” Biden — rape allegations or no. Seems like #MeToo was just another trendy Tinsel Town cause.

In April, McGowan famously blasted her friend and former co-worker Alyssa Milano for waving off Biden’s alleged assault on Tara Reade from the 90s. Milano credits herself as being a major #MeToo activist and a proponent of the “Believe All Women” movement which was popular in Hollywood when it was used as a weapon against conversative pro-life SCOTUS nominee Brett Kavanaugh. McGowan called her a “fraud” and stated, “You go after Trump & Kavanaugh saying Believe Victims, you are a lie. You have always been a lie. The corrupt DNC is in on the smear job of Tara Reade, so are you. SHAME.”

She may have her moments, but McGowan sure can sniff out hypocrisy from miles away.