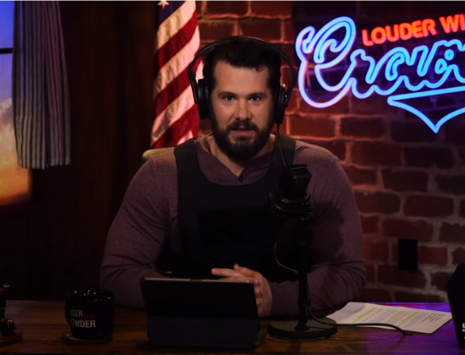 Conservative talk show host Steven Crowder announced on his brand-new Rumble channel that he and his lawyer Bill Richmond filed a lawsuit last Thursday against video platform giant YouTube for suspending his channel for two weeks for allegedly violating their guidelines.

As of last Thursday, May 14, my lawyer Bill Richmond and I have filed a notice of a lawsuit against YouTube and are seeking an injunction to prevent them, to stop them from currently deplatforming us.

I wanna be really clear. This is different from claims and counterclaims or people thinking that their content is being throttled. We’ve officially sent a notice of a lawsuit. Very different level. This is the big one, boys and girls.

As noted above, Crowder’s lawsuit stems from the platform issuing a second strike last week against the Steven Crowder channel who — according to YouTube — exhibited “content reveling in or mocking the death or serious injury of an identifiable individual.”

For the record, the show did not, but that will be for a court to decide from here on out.

The death that the Crowder crew allegedly reveled in was the justified shooting of Ma’Khia Bryant by a Columbus, Ohio police officer.

Watch below for Crowder and Richmond’s full explanation of the purpose of their lawsuit against YouTube:

Editors Note: This article was first published on MRCTV.