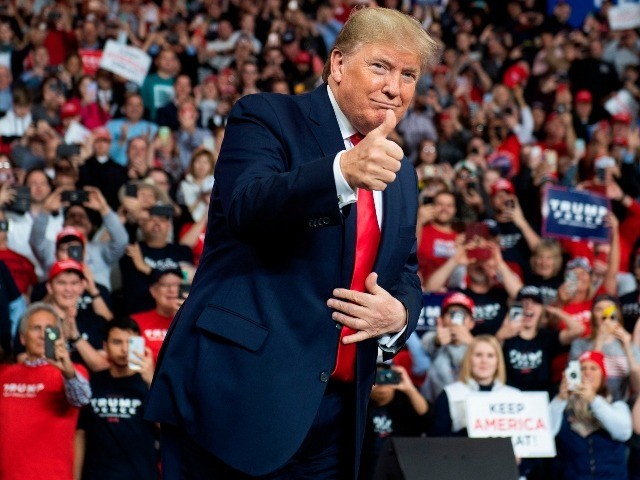 Since Labor Day two weeks ago President Trump has entertained over 117,000 supporters at his rallies and speeches.

During the same period, former Obama Vice President Joe Biden has entertained less than 70 supporters at his events.

On Tuesday Trump held two what he calls “friendly protests.” Friendly protest because, “You can’t go to church and have to wear a mask, but you can burn, loot and riot in the street by the thousands without a mask and they call it protest so ours is a friendly protest, ” he said. One friendly protest was in Vandalia, Ohio with 33,000 attending in the afternoon with 8000 watching at home at a Vandalia airport hangar and the second one was an hour later before an equal number of attendees in Swanton, Ohio. Trump spoke for an hour and a half at both rallies exciting his base.

Trump went on to say Biden is a globalist and they are destroying our country. Trump informed the crowd at both rallies how Biden and Obama shipped 30,000 jobs out of the country overnight and closed 6000 factories and how Trump brought them back.

Trump went after everyone including John Bolton. “Bolton loves war,” Trump said, “If I had listened to Bolton we would be in WW 5 by now,” Trump said. Trump told how with these endless wars we spent 8 trillion dollars in the Middle East for nothing and it was blood in the sand, “I’m pulling out now.”

Trump went after Biden’s son Hunter, “Where is Hunter?” Trump said. “He got $183,000 a month by a company he knows nothing about and three million upfront and the fake news doesn’t report it. Hunter’s probably in the basement with his father.” Trump said to laughter from the audience.

Trump went after Biden saying Biden is not tough on China and he wants to remove the tariffs that are bringing billions back into our country. Trump said how he took 28 billion from the tariffs on China and gave it to the farmers and how Biden and Obama gave free rein over China. Biden is weak and will not be tough on China, “If Biden wins, China wins and China will own us,” Trump warned the crowd, “Biden is the worst presidential candidate in history. He is afraid of the radical left and China. He wants to give free healthcare and free college to illegals and a four trillion dollar tax hike.” Trump stated, “He doesn’t know where he is. He’s in Ohio and thinks he’s in Florida and looks around and doesn’t see any palm trees. It’s time to retire Biden,” Trump said to loud cheers.

Trump told the crowd that he is working on getting all medical drugs and supplies manufactured here and how the cost of prescription drugs has come down for seniors and soon everyone.

Trump warned the crowd about the fake ballots going around, “They mailed out 80 million of them over the U.S. Who’s mailing them, and who are they mailing them too?”

Trump told everyone that in spite of what he fake news media is saying we reduced the fatality rate from the China virus by 85% and so far 100 million people have been tested for the virus and we have vaccines in the making.

Trump told how we now have weapons like no one has seen before and we built up our military after Obama decimated it. “We have the most powerful military in the world now and we will have peace through strength,” he said.

Trump said he would announce his choice to replace the late Ginsburg on Saturday.

The president met with conservative Judge Amy Coney Barrett at the White House on Monday and told reporters he would interview other candidates and might meet with Judge Barbara Lagoa when he travels to Florida later this week. Conversations in the White House and Senate Majority Leader Mitch McConnell’s office have been increasingly focused on Barrett and Lagoa, according to a person granted anonymity to discuss the private deliberations.

Republicans hold a 53-47 majority in the chamber and can confirm a justice by a simple majority.

Barrett, 48, a judge on the U.S. Court of Appeals for the 7th Circuit, was a strong contender for the seat that eventually went to Brett Kavanaugh in 2018. At the time, Trump told confidants he was “saving” Barrett for Ginsburg’s seat.