As RedState has been reporting for the last two days, Joe Biden and Hunter Biden are in a bit of hot water. While Twitter, Facebook, and the media at large have attempted to censor the bombshell report of Hunter Biden’s emails being exposed, the story isn’t dying. In fact, the attempts to quash it have only intensified the scrutiny.

In the original emails, which were obtained by the New York Post after being recovered off an abandoned laptop, a picture of corruption was painted involving a meeting between Joe Biden and a Ukrainian businessman. That meeting was setup by Hunter Biden, who was having his palms greased to the tune of at least $50,000+ a month to sit on the board of Burisma for no logical reason whatsoever. The stench of influence peddling is overwhelming.

The show has obtained new Hunter Biden emails that expose corruption. You will not want to miss tonight’s report. Tune in at 8pm EST on #FoxNews 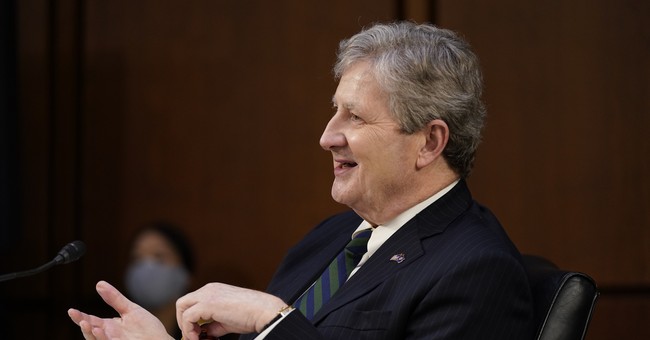 Here’s an appropriate gif to lighten the mood.

Tucker doesn’t do teases like this unless he’s got the goods. You can expect what’s in these emails to be worth the watch, and though I’m not a regular cable news viewer, I’ll be tuning in to see what’s what. You can expect RedState to be on top of it with the details, as the news breaks.

For context, there have been rumblings all day that the worst is yet to come for the Bidens.

From what I’m told, these initial e mails are mild compared to what’s coming.

Of course, the fact that these emails are likely to be damning, perhaps more so than the ones we’ve seen to this point, doesn’t mean anyone will be held accountable. Right now, it’s a race to see how long the media can remain united in trying to bury this story. Perhaps some outlets start to break away when the allure of ratings and scooping competitors becomes stronger? I doubt it, but it’s worth hoping, I suppose. In the meantime, right-leaning media will be doing the job the mainstream media should be doing.

Front-page contributor for RedState. Visit my archives for more of my latest articles and help out by following me on Twitter @bonchieredstate.