You know what they say about broken clocks, right? Well one of the most beat to hell and worn out clocks in existence – washed up comedian and Trump family hater Michael Rapaport – actually made a good point. Recently, he took a shot at the leftists in government who are now recommending that vaccinated people wear masks. 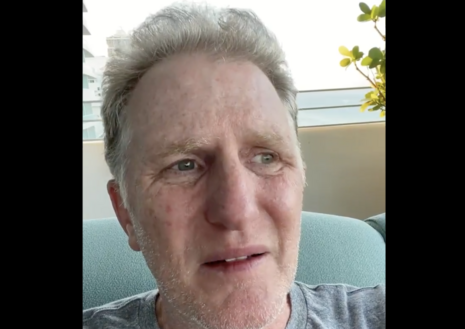 Sounds like even some of the most obedient Democrat sheep are breaking off from the herd.

In a rant that went viral on July 29, the comedian – who normally reserves his disgusting and disturbing rants for conservatives – posted a video rant taking aim at Fauci and corporate news for flipping the script on vaccinated people and saying that they now should wear masks again.

The annoyed comedian basically asked “what gives?” and pointed out that this bureaucratic flip-flopping is inconsistent and makes no sense.

The video, which featured a caption with the question, “Am I a Hero or A Super Spreader?” depicted Rapaport as his usual self – annoyed and ranting with taking up most of the shot. “I just watched Tony Fauci and CNN – and Fox – tell me that people with the vaccine, vaccinated people are now spreading the coronavirus.”

The video continued with Rapaport saying that he thought getting vaccinated meant he never had to deal with masks or lockdowns or COVID precautions in the future. Watching him internalize that the joke is now on him was a sight to behold.

Am I a Hero or a Super Spreader? pic.twitter.com/urap6u6aTd

Rapaport mentioned how he went out like a good citizen and got his COVID-19 shot “a couple of weeks ago.” ”Yes, I’m vaccinated! Yeah, your little sticker – Yay! I’m vaccinated! Be a hero! Be vaccinated!” he exclaimed with sarcastic enthusiasm about having done his part.

Then he started in on how Fauci, the government and mainstream media may have duped him. “I went from being a hero ‘cause I’m vaccinated and now you motherf****rs are calling me a super spreader? I ain’t no f***ing super spreader,” he stated, adding, “Figure this shit out.”