[VIDEO] Furious New Yorkers Dump Their Trash on de Blasio’s Lawn, as Garbage Piles Up Due to Vax Mandates New Yorkers are fed-up and they’re directing their angst at outgoing Mayor Bill de Blasio. It turns out that his vax mandates are having some smelly and gross side effects, namely regarding garbage. In a city already reeling from filth, New York is getting even dirtier now that de Blasio’s vax mandates are part of the equation. Turns out sanitation workers are “boycotting” the mandates right now by slowing down their job performance to a crawl and allowing garbage to pile up everywhere. 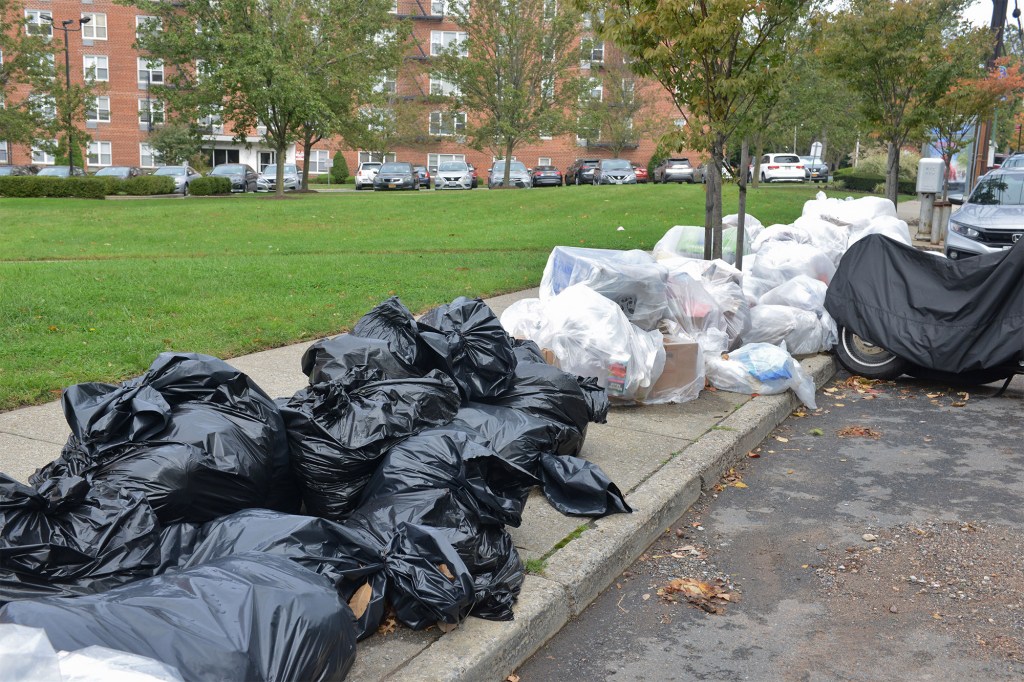 The New York Post reported that many city employees think Mayor Bill de Blasio’s vaccine mandate is pure garbage — and they should know!

Sanitation workers outraged over the order to get inoculated against COVID-19 are letting trash pile up across Staten Island and in parts of Brooklyn — and the head of their union said Wednesday that he’s on their side.

MORE NEWS: “Republican” Trump-Hater Joe Walsh Threatens to Become a “Democrat” in Hilarious Tweet That Backfires in His Face

The protesting workers are engaging in a rule-book slowdown that includes returning to their garages for things like gloves or gas so collections don’t get finished, sources said.

Supervisors have even been warned to guard the garages this weekend to prevent trucks from getting vandalized, sources said.

When asked what was going on, Teamsters Local 831 President Harry Nespoli, whose union represents the sanitation workers, shot back, “The mandate’s going on.”

“Look, you’re going to have some spots in the city that they feel very strongly about this,” he said.

Nespoli added: “I’ll tell you straight out: I disagree with the mandate because of one reason. We have a program in place right now in the department, which is, you get the vaccination or you get tested once a week.”

Well, New York citizens have had enough, so they’re gathering all their garbage and heading over to de Blasio’s mansion and throwing the trash all over his lawn.

This is just the very tip of the “vax mandate” iceberg. We’ll see what’s going to happen as this thing rolls on.

I honestly do not think it will end well for Democrats.