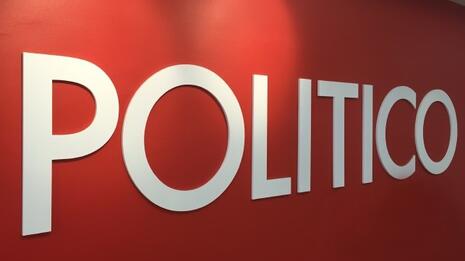 Is Politico a news outlet? Or an opinion website? Last night, their Politico Nightly newsletter by Tim Alberta and Renuka Rayasam carried the headline “A thwarted plot could thwart Trump.” In other words, the thwarted plot to kidnap Gov. Gretchen Whitmer (D-Mich.) is the latest un-thwarted media plot to blame Trump for everything.

It’s fascinating that opinion organs like Politico will trash Republicans for connecting Black Lives Matter radicals to looting and rioting: They’re “stoking fear by trying to redefine the Black Lives Matter movement as a radical leftist mob looking to sabotage the white, suburban lifestyle.” But it’s not “stoking fear” to connect accused kidnappers to Trump and his supporters.

The newsletter commentary began by linking these suspects directly to the peaceful protesters in Lansing a while back:

MORE KINDLING FOR THE FIRE — We should have seen this coming.

The latest October surprise roiling our politics — the feds announcing a foiled plot by Michigan militiamen to kidnap Democratic Gov. Gretchen Whitmer — is actually not that surprising. It was only a few months ago when some of their comrades, heavily armed and dressed in paramilitary gear, stormed the state capital in Lansing to protest the sweeping executive power wielded by Whitmer in response to the Covid-19 pandemic. They stood above the legislative chamber, assault weapons slung over their shoulders, menacing the lawmakers below. They marched outside, surrounded by signs and chants calling Whitmer a tyrant, a fascist, an authoritarian who was starving families and turning freedom-loving workers into oppressed subjects of the state. Are we really shocked that a few of them acted on their rhetoric?

Earth to Politico: the leftist cable networks routinely trash our president as a fascist, an authoritarian, a tool of the Russians, and someone who’s killed 200,000 people with coronavirus. Does anyone think it would be fair to blame CNN’s “rhetoric” if someone plotted to kidnap Trump? 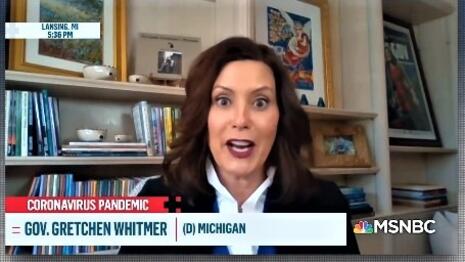 This is why it was so important for Chris Wallace, the Fox News anchor, to ask President Donald Trump during last week’s Cleveland debate whether he would denounce violent right-wing groups.

This is why it was so stunning for Trump to not do so. Saying “sure” in response to Wallace, and then telling the Proud Boys to “stand back and stand by,” does not qualify as a renunciation.

This entire jumbled exercise about condemning white supremacy was such an unnecessary part of the first debate, since Trump had done it many times before. But it underlines how Alberta and Rayasam would smear the Whitmer plot on Trump, and then find it profoundly unfair to associate Biden-Harris with looters and rioters. But the lecture continued:

Had Trump taken the opportunity in Cleveland to forcefully and unequivocally condemn the recent wave of right-wing aggression, he might be insulated from much of the backlash that accompanied today’s Whitmer news. Voters might recall how just last week they heard the president deliver an unscripted smackdown of these troublemakers. They might dismiss this as a bizarre, isolated incident that reflects no broader concern.

But Trump did nothing to give himself that benefit of the doubt. And now, in the home stretch of an election he’s already losing, he will be confronted with questions that are far more difficult to answer than the one Wallace posed in Cleveland.

Dear Tim & Renuka: Trump already HAD “forcefully” condemned white supremacy in the past, and he got no credit from Politico. The media isn’t really trying to force a condemnation with this tactic. They’re trying to imply to the public that Trump’s a vile racist who encourages violence and kidnapping attempts.