Let nobody say Sally Jenkins doesn’t pull her weight at the Washington Post. On Oct. 3, the sports columnist did what all good Posties do and superimposed her political take on her purported beat — while dumbing down the political situation by imposing sports media judgement on it. And she did it with passion! 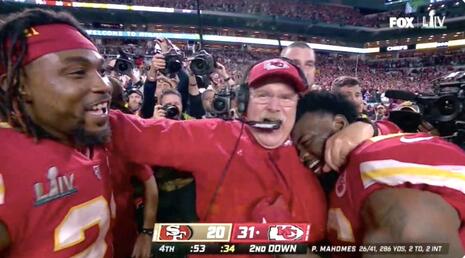 See, the NFL is facing some Covid-19 issues, and Jenkins wants the league to do exactly the opposite of whatever the Trump administration has done:

If you’re as sick as I am of manipulative shysters who cover their moral grime with makeup, the vapid put-ons who can’t even open a screw-top bottle but somehow think they can run a country, then you’re probably anxious to see some real leadership in how the NFL handles its novel coronavirus crisis.

You betcha, Sally! The hell with the Trump administration. My contempt for people that have to consider the jobs of waitresses and projectionists and doormen and hot dog venders will never pale compared to your righteous lefty fury!  She says this is an “era of failed government.” And who could disagree? Why not turn to the NFL for moral leadership in these dark days?

What’s her plan? The NFL should “be an example for the land, put transparency ahead of the smell of fresh money and declare where mistakes might have been made, to get on with the fix and protect the innocent bystanders.”

Well, she doesn’t have a plan, but she admires people who have plans. K.C. Chiefs coach Andy Reid had a plan for the playoffs and Super Bowl last year. Reid went for it on fourth and two in the AFL championship game, leading to a win. Then, he made sure his “hard-frost-bitten Midwestern team” was ready to play in Miami during the Super Bowl. He got them in ‘warm weather shape.’

He had researched exactly what the temperature was likely to be at kickoff: 73 degrees was the average for a Feb. 2 evening in Miami. ‘I checked on that.”

Andy Reid knew what time the sun would go down in Miami on Super Bowl Sunday, a month before the game.

Damn! Sundown — that’s the way to run a country! Except that Reid was preparing 53 professional athletes for the pinnacle event of their careers — a tangible goal every one of them dearly wanted to achieve.

The United States is a nation of 331 million people blindsided by a natural disaster and who at the best of times can’t agree on whether you should be allowed to booze on Sunday. They live in a country that rightly allows the 50 states 50 sets of laws, and those states allow sub jurisdictions their own legal and regulatory latitude. Americans have varying ideologies and philosophies, religions or no religion. And a majority of them have learned through experience that the media can’t be trusted with the truth. How does any regime get such a people to accept ever-changing, often contradictory medical directives?

That’s the reality of a giant, pluralistic nation. Granularly, it’s a helluva lot easier to spur a tight-knit squad of athletes on to greater fame and wealth than to ask car salesmen and bookstore clerks to not provide for themselves and their families.

But no matter. Jenkins recognizes no distinction between leading the throngs of a superpower through an unprecedented crisis and preparing professionals for the very thing they themselves have been preparing for since childhood. And anyway, she has naught but contempt for Trump and his people: “For those in the White House who have never lived without maid service, this is what leadership looks like. No eggshell ego. No blaming others. No dissembling.”

That sounds inspiring, Sally. And if the U.S. encompassed half a hundred men ready to grasp a world championship, it might be relevant.