Who would give murderers the coronavirus vaccine before elderly non-criminals? “Experts.”

On the front page of Sunday’s Washington Post, reporter Isaac Stanley-Becker bitterly complained that vaccine priorities in Colorado are being set by Fox News and pro-Trump Facebook groups. 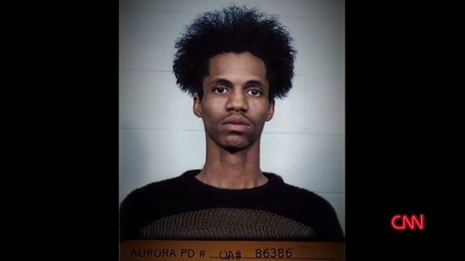 First came the outcry in a Denver newspaper op-ed, arguing that Colorado’s coronavirus vaccination plan would bring relief to a man who fatally shot four people before it protected the author’s law-abiding, 78-year-old father.

Then came the backlash on social media. The accusation that state leaders were coddling convicts like Nathan Dunlap, who is being held for life in the Colorado State Penitentiary for the 1993 slayings at a Chuck E. Cheese restaurant, caught fire in pro-Trump Facebook groups with titles such as “ALL ABOARD THE TRUMP TRAIN.” Within days, the person behind the broadside, a Republican district attorney, was making his case on Fox News, labeling the state’s vaccination plan “crazy.”

The plan, which put incarcerated people in line for coronavirus immunization ahead of the elderly and those with chronic conditions, had been released by the state health department. It was the product of months of deliberation by members of the state’s medical advisory group — physicians, public health officials and experts in bioethics. But their framework, when subject to the machinery of online outrage, quickly unraveled.

Democrat Gov. Jared Polis then insisted he wouldn’t prioritize prisoners. At first glance, one could conclude that any ‘expert’ on public health should have enough political awareness to understand it would be politically explosive to prioritize violent criminals for vaccination. Stanley-Becker doesn’t quote the punch thrown in the Denver Post op-ed by district attorney George Brauchler:

Two weeks ago, Polis went hyperbolically metaphoric in likening those who dared to have an extended family Thanksgiving during the COVID as “bringing a loaded pistol to Grandma’s head.” Ironically Polis would give the life-saving vaccine to a person who puts a loaded gun to grandma’s head, before he would give it to grandma…

In Colorado, nearly 90% of our 2,466 COVID deaths were adults 60 years and older. Seven have been prisoners. Seven. Comparatively, that’s .002% of COVID deaths. And Polis is giving them priority.

At second glance, you can see that the Post (and probably the “experts in bioethics”) think prisoners should be prioritized not just because they’re in “congregate settings,” but because, naturally, racism and mass incarceration:

The shift in Colorado offers an early sign that prisons and jails, which disproportionately hold people of color and have reported some of the most virulent coronavirus outbreaks, are creating daunting dilemmas for state leaders apportioning finite shares of the vaccine. The episode illustrates how a system of preferences geared to stop the virus where it is most destructive may clash with other values in a nation that incarcerates more people than does any other…

Experts advising Polis said they could not be sure why he discarded their recommendations to prioritize congregate living settings — he has not expounded on his thinking — but said they were troubled that he seemed to bow to criticism from political adversaries.

Stanley-Becker then proved Colorado’s experts are political about prisoners:

“It’s a very stigmatized population, and there are people who say, ‘They’re in prison, they must have done something terrible, and they don’t deserve a place in line,’ ” said Matthew Wynia, director of the Center for Bioethics and Humanities at the University of Colorado and a member of the state’s medical advisory group. But viewing the priorities in terms of who deserves to be inoculated, he said, “might end up prolonging the pandemic and killing more people.”

The reporter never acknowledged that mass-murdering Nathan Dunlap was sentenced to death in 1996…and that Gov. Polis ended the death penalty in the state in March 2020. He just said Dunlap was “held for life.”