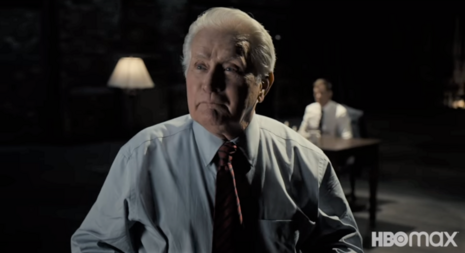 The Washington Post doesn’t care for the West Wing reunion show that just premiered on HBO Max. Not, of course, because of the show’s liberal politics and attempts to elect Joe Biden. The Post would always support that. But it’s because the fictional Josiah Bartlett is “one of the smartest” presidents and our current reality features “one of the dumbest.”

Reviewer Hank Stuever on Friday worried that too many people are getting lost in a West Wing coma of noble political liberals and are tuning out the harsh reality of the Trump era. (Who are these millions free getting rhetorically high on the West Wing? Stuever doesn’t say.)

The result, now available on HBO Max, is everything a die-hard fan could want: proof that President Josiah “Jed” Bartlet (Martin Sheen), a Nobel-winning economist who served two terms in an alternate-reality America many years ago, is still somehow with us, along with his loyal aides. They live in an enviable world in which the people have elected one of the smartest men in the country to lead it, instead of one of the dumbest. In that world, every word uttered is emphatic and sharp and true.

It seemed that Stuever simply can’t stand the contrast between the harsh world we live in and the fantasy of the West Wing.

What sounded so glidingly lyrical back then verges on the ridiculous and grating now, unless, of course, you have too much invested in “The West Wing’s” idealized Washington, where centric principles almost always triumph over politics.

Anyone who considers the politics of West Wing to be “centric,” clearly didn’t watch the show. It was liberal wish fulfillment.

These unidentified viewers who refuse to deal with the real Trump world are flouting their privilege.

That’s a pipe dream that most viewers put away long ago. Other fans cling to it, watching “West Wing” episodes in endless Netflix loops, not merely as a diverting means of escape from the hideousness of 2020, but as a privileged form of zoning out — a detached state of denial at the very worst time to be detaching.

At least Stuever had the sense to mock the idea that a Michelle Obama/Bill Clinton non-partisan initiative doesn’t pass the laugh test.

And what better cause for it to align with than When We All Vote, launched and co-chaired in 2018 by former first lady Michelle Obama as a nonpartisan (mmm-kay) effort to get out the vote?

For more on the liberal-loving West Wing reunion, see this NewsBusters review.