Integrity is apparently a myth with the journalists at NBC News. The network’s insufferable Business Correspondent Stephanie Ruhle was just exposed for filming promotional videos for a bank she covers. 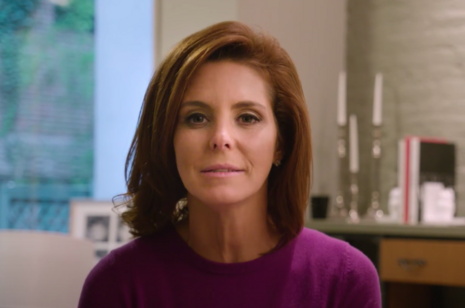 The Washington Post, which broke the story, wrote that Ruhle “doesn’t promote banks when she’s anchoring for the cable network. But on the Internet, it may be a different story.” In a September 22 clip produced and sponsored by JPMorgan Chase, Ruhle said: “‘Hey, this is Stephanie Ruhle, and I’m looking forward to my conversation with Chase, where we talk about life’s unpredictable moments and how important it is to save and plan for them.’” The Post concluded that “Ruhle isn’t a paid endorser for Chase, but her association with the bank raises questions about potential conflicts of interest.” [Emphasis added.]

The Post outlined why such practices are taboo for journalists at news organizations:

Most news organizations prohibit their journalists from any activity that might be construed as promoting a person, institution or entity they cover. The rule is aimed at preserving a news organization’s neutrality and countering any suggestion that a reporter has a vested interest in those he or she covers.

In fact, according to the Society of Professional Journalists Code of Ethics, journalists should “Avoid conflicts of interest, real or perceived. Disclose unavoidable conflicts.”

When asked for comment by The Post, Ruhle was reportedly dismissive, and “denied any involvement” with the bank: “‘I’m not doing any work on behalf of Chase Bank,’ she said. ‘I don’t know what you are referring to.’ She referred questions to an MSNBC spokesperson.” However, Ruhle herself acknowledged her involvement with the bank in a Twitter post September 28: “I sat down with @Chase and @realjaywilliams to chat about planning for life’s unpredictable moments…something many of us are experiencing right now.”

Unnamed “[p]eople at the network” told The Post that Ruhle didn’t get “paid for her appearance nor did she explicitly” endorse JPMorgan Chase in the webcast. But, “MSNBC spokesman Errol Cockfield declined to say whether MSNBC’s management had approved Ruhle’s work for Chase,” noted The Post.

Here’s a kicker: “Shortly after receiving inquiries from The Washington Post late Tuesday and early Wednesday, MSNBC asked Chase to take down its videos of Ruhle on its Facebook, Instagram and Twitter feeds. Chase said it agreed to do so.”

Interestingly, Ruhle had cited JPMorgan Chase on the October 6 edition of her MSNBC show to conclude that “strategists over at JP Morgan say, a Biden win could be a positive for the stock market.” She, of course, never disclosed that she had filmed promotional spots for the bank during that show, or — wait for it —  disclosed that the bank skews heavily left-wing on the political spectrum.

Open Secrets data show that for “all federal candidates” for the 2020 cycle as a combination of PAC and individual donations, JPMorgan has given $1,582,525 to Democrats against only $535,815 for Republicans. That’s a 74.71 percent to 25.29 percent disparity. Biden was listed as the top recipient, having already received $458,163 in individual contributions from JPMorgan employees. Self-proclaimed socialist Sen. Bernie Sanders (I-VT), was the second-highest recipient with $105,018 from JP Morgan employees.