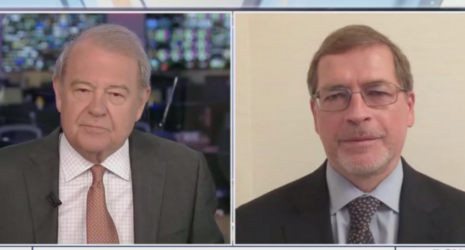 Fox Business Host Stuart Varney questioned Norquist during Thursday’s edition of Varney & Co on the effects a “$2, $3, $4 trillion-dollar tax hike” would have on the economy if implemented right now. Norquist responded that when President Donald Trump and the Republicans “cut taxes” and “deregulated, the S&P 500” was “up 50 percent” from when the president got elected to the height of COVID. He continued: “Your life savings increased 50 percent.” His conclusion was unnerving: “Everything that was done to bring that 50 percent increase is going to be undone.”

After highlighting other taxes that Biden and company are looking to implement beyond getting rid of Trump’s tax cuts, Norquist estimated that “you’re looking at losing a third of your life savings.” He continued: “There are 100 million people in the stock market with defined contribution — IRA, 401K, health savings account, savings plans — you will see your life savings collapse.”

Earlier in the segment, Varney displayed a brief montage showing Biden on the campaign trail saying: “Guess what? If you elect me, you’re not going to, your taxes are going to be raised, not cut.” That statement was then undercut with another video splice of former President Barack Obama rebutting the idea about raising taxes during a recession: “The last thing you want to do is to raise taxes in the middle of a recession, because that would just suck up, take more demand out of the economy and put businesses in a further hole.”

Norquist responded: “You certainly will. And remember that this is similar to the promise that Barack Obama made back in 2008 when he ran for president. Then he promised no one who made more than $250,000 would pay higher taxes.” He continued: “There are a series of taxes on the middle class in ObamaCare. One painfully — that Biden wants to re-establish — hits anybody who refuses to buy ObamaCare.” The tax, said Norquist, was a fine of $700 for an individual and $2,000 for a family of four.