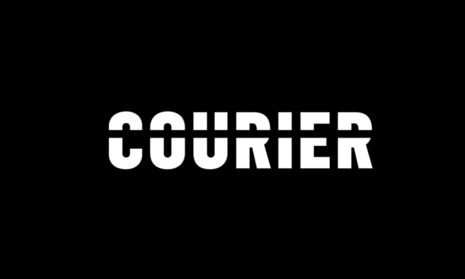 Watchdog group Americans for Public Trust (APT) filed a legal complaint with the Federal Election Commission (FEC) alleging that Courier Newsroom “must register as a political committee because of its ties to a Democratic-aligned group,” according to The Washington Post. The “Democratic-aligned group,” ACRONYM, is run by “Democratic strategist” Tara McGowan. Her Twitter profile bio in May read: “[W]eaponizing truth to get Trump TFO.”

The Post stated that “Federal election laws and regulations do not apply to media outlets unless they are ‘owned or controlled by’ a political party, committee or candidate and are acting as a media outlet rather than a political one.”

The Post summarized that APT, which is affiliated with Republican Nevada Attorney General Adam Laxalt, argued “that Courier Newsroom is not eligible for that exemption.” The Post’s summary of the complaint continued: “[T]he media group failed to register as a political group and report its donors and expenses as is required of political groups under federal law.”

Recent reporting in May by OpenSecrets showed that “Courier has faced scrutiny for exploiting the collapse of local journalism to spread ‘hyperlocal partisan propaganda.’” Specifically, OpenSecrets referred to Courier as “a network of websites emulating progressive local news outlets.”

Also, in its “About Us” page, Courier Newsroom claimed: “Courier Newsroom and its affiliated sites are independent from ACRONYM.” However, a “tax return obtained by OpenSecrets lists ACRONYM as the full owner of Courier as of April 30, 2019, the most recent date on record.”

APT’s complaint points to a June 2019 ACRONYM internal memo. The Post summarized that in the memo, ACRONYM’s McGowan “warned that Democrats are ‘losing the media war’ online to the Republican Party and to President Trump’s campaign, and laid out her plan for Courier Newsroom to counter that GOP advantage.” [Emphasis added.]

Also, “most of the websites” within Courier Newsroom’s affiliates even received failing grades from the liberal website ratings firm NewsGuard. The reason? “The low scores are due largely to an ‘undisclosed partisan Democratic perspective’ and lack of financial transparency,’” according to OpenSecrets.

Liberal billionaire George Soros’s Democracy PAC had fueled ACRONYM’s super PAC PACRONYM with $2.75 million so far. Both ACRONYM and its affiliated PAC were part of a coordinated effort reported last year to invest $75 million in anti-Trump ad campaigning in order to shape “how the public views Mr. Trump and the Democratic Party during the primary season, well before a nominee emerges.”