Twitter censors President Donald Trump for declaring he will enforce law and order, but issuing an ultimatum to randomly threaten police officers is A-OK with Twitter moderators.

“A Twitter spokesman says activist and accused fraudster Shaun King’s threat to name Kenosha, Wisc., police officers is ‘not in violation’ of its rules — including its ban on ‘a threat of harm against an identifiable group,’ a rule used to censor President Trump,” the New York Post reported August 26. 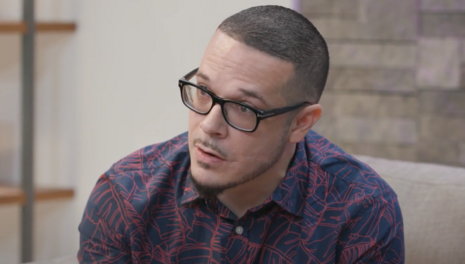 King had tweeted an ultimatum to the Kenosha Police Department, threatening that if they “do not name the officer who brutally shot Jacob Blake on Sunday, we will simply begin naming officers from your department who may or may not be him. Fuck it. Your protection of his identity is unethical. What’s his name?”

“The Twitter rep did not explain how King’s tweet complies with a platform rule against ‘a threat of harm’ against ‘an identifiable group,’ which was used to censor Trump. They simply said of King’s posting: ‘That tweet is not in violation of any of the Twitter Rules.’”

In May, Twitter placed an interstitial, or filter, over Trump’s tweet condemning violent riots over the death of Minneapolis resident George Floyd in police custody. It acted similarly in June when Trump vowed to meet rioters that attempt to turn historic St. John’s Episcopal Church into a “Black House Autonomous Zone” with “serious force.” That was too much for the leftists at Twitter. The site applied its “public interest notice” to the tweet, saying that it violated its “policy against abusive behavior, specifically, the presence of a threat of harm against an identifiable group.”

Twitter’s Head of Site Integrity Yoel Roth was exposed by New York Post reporter Jon Levine for tweets that showed his brazen political bias against Trump and Republicans. One tweet from Roth said, “Yes, that person in the pink hat is clearly a bigger threat to your brand of feminism than ACTUAL NAZIS IN THE WHITE HOUSE.”